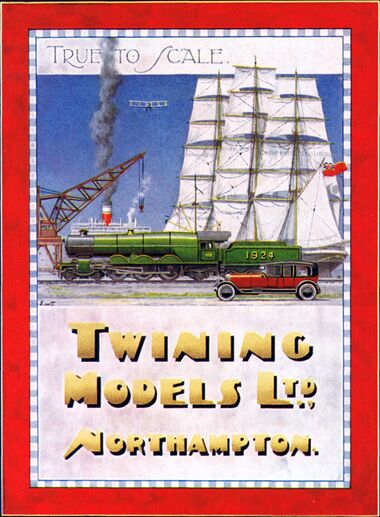 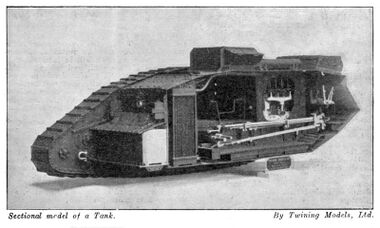 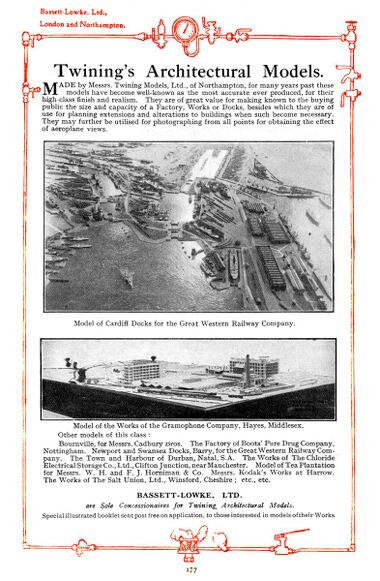 Model of a section through a tea plantation, by Twining Models [image info] 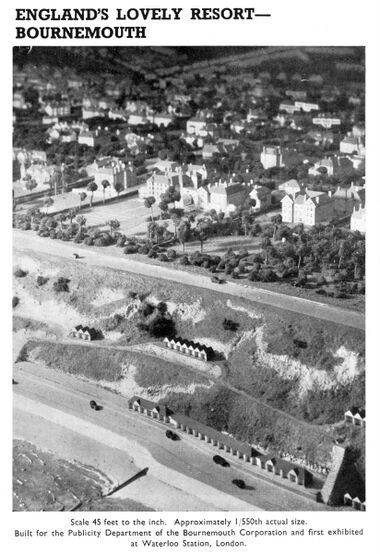 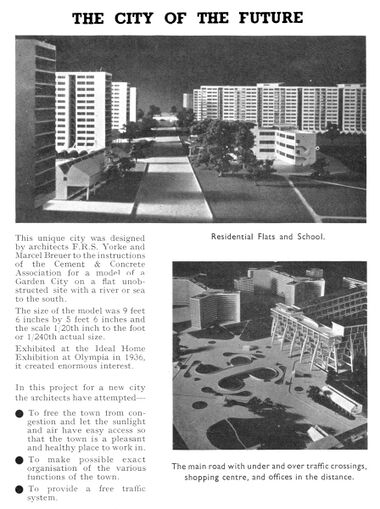 "The City of the Future", 1:240-scale architectural model by Twinings and Bassett-Lowke [image info]

Twining Models Ltd. (1920-1967) of Pike Lane were a Northampton-based company best known for producing large architectural models, with the company's publicity materials describing them as "MAKERS OF MODELS OF FACTORIES, AND WORKS, AND CITIES, TOWNS & VILLAGES, BUILDINGS, DOCKS &c FOR EXHIBITION AND GENERAL PUBLICITY."

The company was founded by Ernest W. Twining (1875 - 1956). Ernest started out making model aircraft, and struck up a good relationship with W.J. Bassett-Lowke, which resulted in Twining's company becoming practically a subsidiary of B-L - B-L had the advertising and the retail outlets to drum up trade, leaving Twining to get on with what they were best at - model-making.

Twining's first piece for Bassett-Lowke was a ~1913 replica of Immingham Docks at Grimsby, at a scale of 33 feet to the inch. Twining was assigned a dedicated studio at Kingswell Street, Northampton, and was then responsible for most or all of Bassett-Lowke's architectural work..

A 1929 Bassett-Lowke catalogue has a page on "Twining Architectural Models", and announces that B-L are the "Sole Concessionaires" (and that Twining have a separate catalogue).

What isn't alluded to in the B-L page is that at some point, Twining's range seems to have gone far beyond just architectural layouts, and included large engineered marine engines and vehicles. If Twining were also producing a range of working engineering models, this raises the question of how many of the "prestige" items in the B-L line might actually have been manufactured for B-L by Twining. 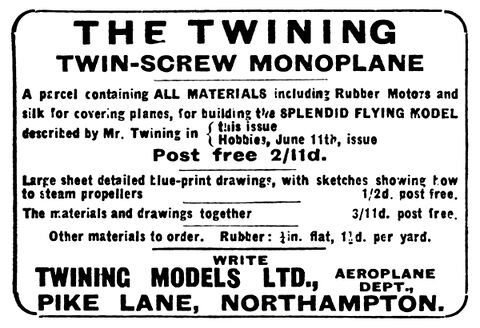 " Made by Messrs. Twining Models, Ltd., of Northampton, for many years past these models have become well-known as the most accurate ever produced, for their high-class finish and realism. They are of great value for making known to the buying public the size and capacity of a Factory, Works or Docks, besides which they are of use for planning extensions and alterations to buildings when such become necessary. They may further be utilised for photographing from all points for obtaining the effect of aeroplane views.

Other models of this class:

Twining Models also created a lot of the pieces for the Queen Mary Doll's House on display on Windsor Castle. The dollhouse set was populated with miniature versions of products from British companies, who had them made and donated them to the project as advertising, and several companies involved (such as Rolls-Royce), when they found that Twinings were already entrusted to produce a range of other items for the project, subcontracted their own work to Twinings, too.

The result was that although the dollhouse supposedly showcased a wide range of craftsmanship from different British companies, rather a lot of it probably originated, unofficially, from Twining's Northampton workshop.