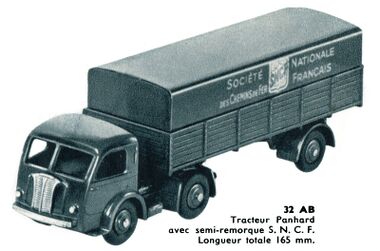 SNCF (Société Nationale des Chemins de fer Français, 1938-) is France's national railway company, and is best-known outside continental Europe for being the marque on the side of France's bullet-trains. While SNCF run the trains, the actual track and static infrastructure is owned by Réseau Ferré de France (RFF, 1997-) in a similar arrangement to Railtrack's ownership of the UK static railway infrastructure.

SNCF's historical debts were transferred to RFF so that SNCF's accounts would reflect its actual running costs and income as a railway service provider – this allows SNCF to avoid being seen as anticompetitive, as the split means that other railway companies can in theory run on the same RFF-owned track (and paying the same RFF fees) without SNCF having an an fair advantage or disadvantage. the split was performed to comply with an EU competition directive – however, RFF is slightly artificial company in that its servicing is still currently carried out under contract by ... SNCF.