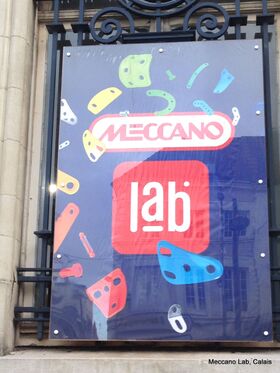 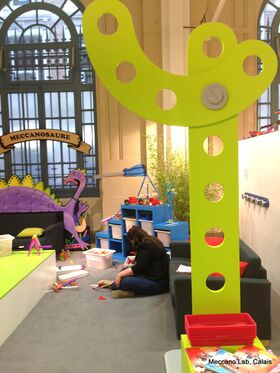 Meccano Lab is an interactive educational play centre in the middle of Calais, in Northern France. It opened in late 2013.

Meccano Lab is currently occupying the ground floor of the historic Credit Lyonnais building, at 52 Boulevard Jacquard 62100 Calais, France, on the corner where Boulevard Jacquard meets Rue de Vic and Rue des 4 Coins. The building was recently bought by the city council at a cost of around 500,000 Euros, and restored. ‎

Meccano Lab is the result of a partnership between the City of Calais and Meccano France (who have a factory in the city that manufactures the metal construction system), with a three-year agreement signed to fund three staff and an educational coordinator, with Meccano providing the Meccano designs. The space is intended to be part museum, part heritage space, part play area, and part educational research facility.