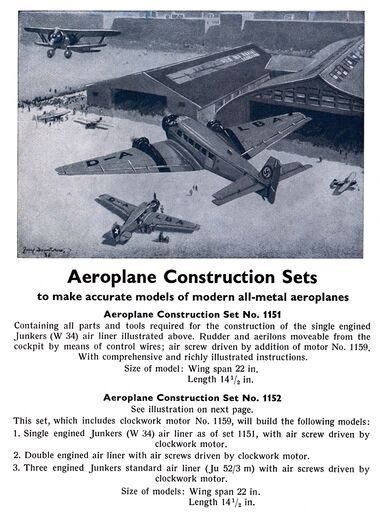 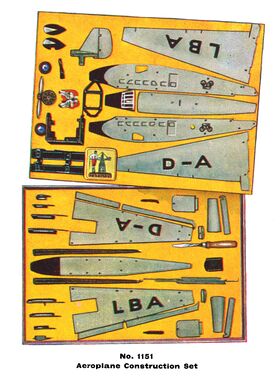 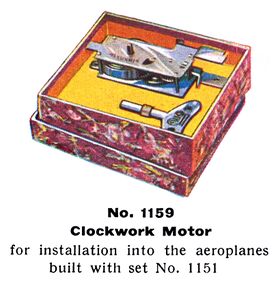 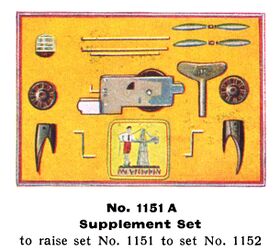 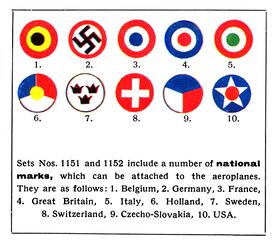 The 1930s Märklin Aeroplane Construction Sets essentially consisted of variations on a single Junkers airframe, equipped with one, two or three engines. Märklin's "spin" on this restricted range was that the Junkers range were the only metal-skinned aircraft that currently existed (using the German-developed Duralumin alloy that had originally been used for Zeppelins), and that as a metal toy manufacturer striving for the greatest possible authenticity, it was proper for metal toy aircraft to be models of real metal aircraft. 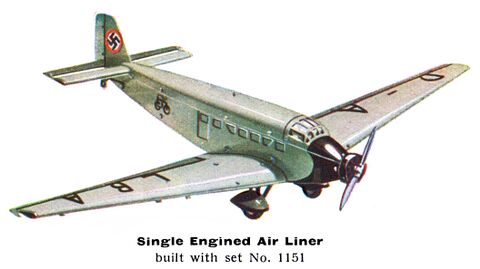 Due to post-WW1 restriction on the power of German military-capable aircraft engines, the same basic Junkers aircraft was available as a three-engined plane (the Ju52/3m), but could be fitted with a more powerful engine by foreign airlines to become a single-engined craft - this meant that the same Märklin kit could build two different authentic aircraft (and a third, if the owner wanted to fit the two wing engines and omit the nose engine).

The two main sets were

Owners of the smaller set could purchase upgrades to the full set:

Containing all parts and tools required for the construction of the single engined Junkers (W 34) air liner illustrated above. Rudder and ailerons moveable from the cockpit by means of control wires; air screw driven by addition of motor No 1159.
With comprehensive and richly illustrated instructions.

See illustration on next page.
This set, which includes clockwork motor No. 1159, will build the following models:

A limited production run reissue of the 1152 trimotor model was produced by Märklin in 1996, pre-built, as model 1980, and there's one of these on display in the museum.