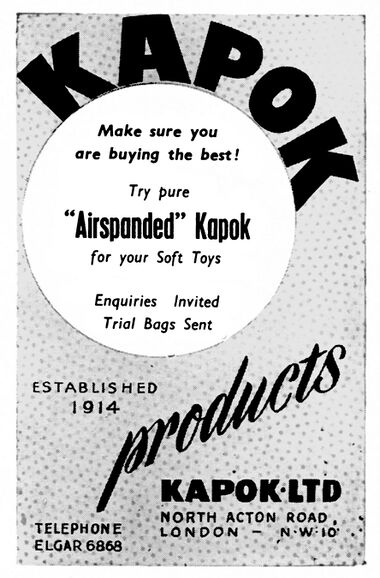 Kapok is a natural fibre that comes from the kapok tree, Ceiba pentandra, a large tree that grows in equatorial regions. The tree produces the fibre in its seed-pods around its seeds, a little like a larger-scale version of how the cotton plant grows protective fluffy fibres around its seeds.

Kapok fibres are hollow with a waxy covering, resulting in a weight per unit volume that's supposed to be eight times lower than cotton wool.

Kapok was used in some early lifejackets and became used in teddybears as a softer alternative to early fillings such as wood wool or coconut fibre ("coir"). Although a lovely material, it was also highly combustible (unless specially treated), and was largely superseded by modern synthetic foam.