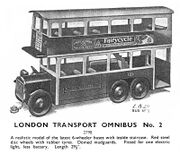 A large (over two feet long) model "General Omnibus" number 123, of a London six-wheeler double-decker bus, made by Lines Brothers.

The level of workmanship on this model is quite surprising to modern eyes, considering that it was to be played with and subjected to rough treatment by small children. For instance the back of the bus is custom-curved plywood, which involved a degree of work that one can't imagine a modern manufacturer bothering with.

Then again, since the Lines Brother's parent business had been the manufacture of hand-carved wooden horses, this may have influenced their perceptions regarding the amount of work that was reasonable to expend on a wooden toy. 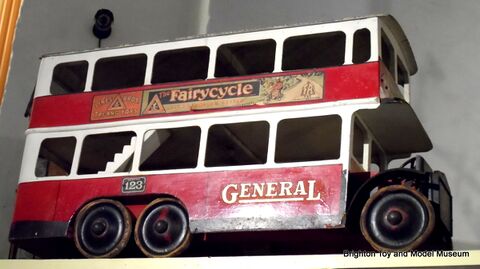 The photo shows the museum's example with the word "General", in gold, catching the light. This lettering is so bright that it might even be gold leaf.

The side of the bus has advertising for lines Brothers and the "Fairycycle" range. 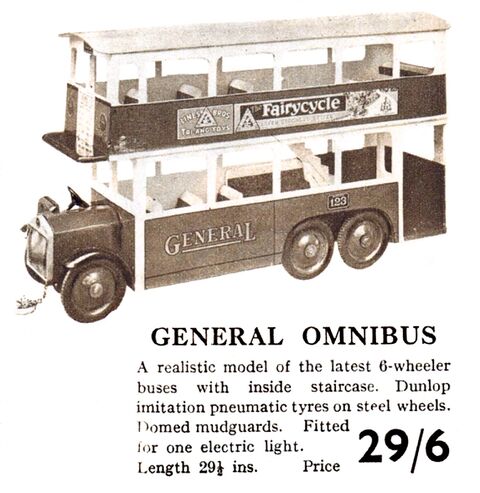 Advert from a 1932 Gamages advert