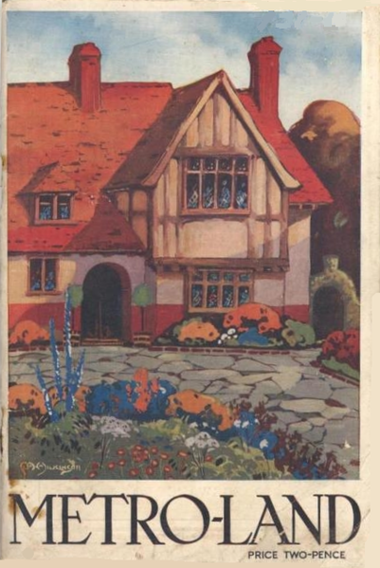 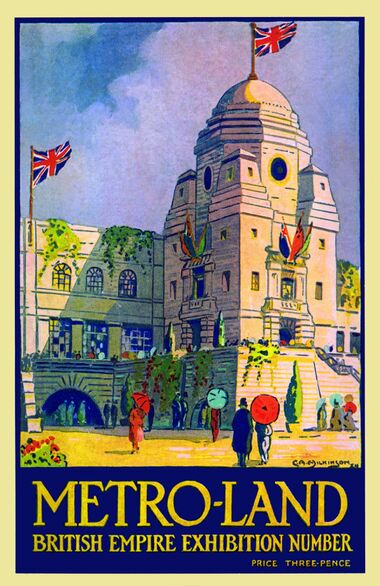 The Metropolitan Railway didn't just make it easier to get around London, and to get out of London via one of the existing overland railway companies - the Metropolitan also produced their own extension spur out of London to the North East, allowing commuters to come into London from Buckinghamshire. Although this wasn't initially an area with huge demand, the terms and conditions that established the "Met" allowed them to make other commercial use of the land that they'd acquired to build the railway, and since there might have been some question as to whether they were technically allowed to indulge in obvious property speculation, they set up a separate company that promoted and developed land alongside the railway, turning areas that had been boggy fields into commuter-belt suburban developments.

Where the arrival of the overland railway had turned Brighton on the South Coast from a fishing village with a packet steamer embarkation pier into a hedonistic holiday resort, the Metropolitan Railway created and promoted Metro-land (with a hyphen), a new world of middle-class commuters that endeared John Betjeman as being quintessentially Home Counties, and which became despised by other writers as the symbol of conformist surburbia, an artificial world speckled with fake Tudor-fronted buildings with false leadwork windows, created solely to support People That Worked In The City.

The Metropolitan Railway was absorbed into the London Transport Network in 1933, and worries about the rate at which the largely unregulated "Metro-Land" promotions had eaten up green areas outside London helped to bring London's "Green Belt" policy into existence.