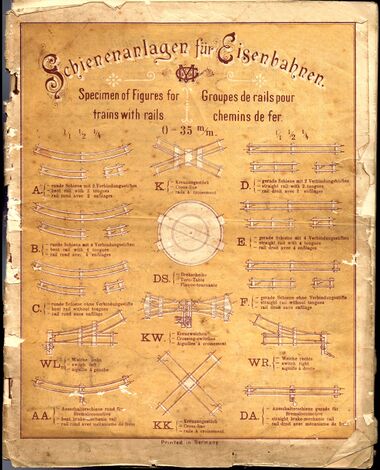 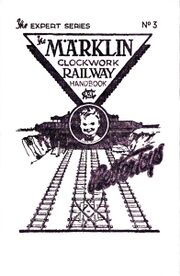 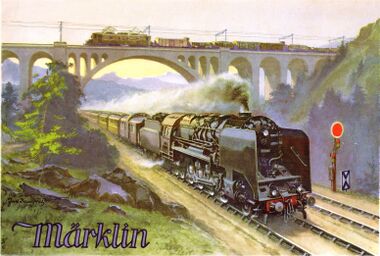 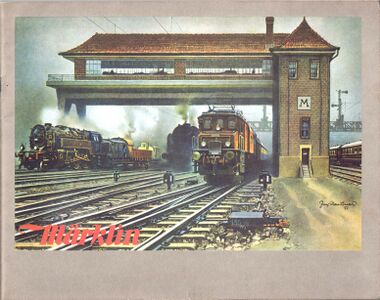 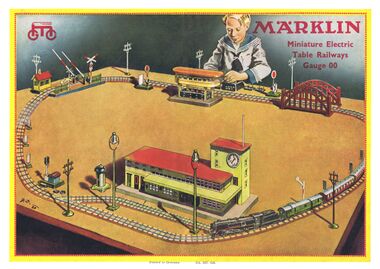 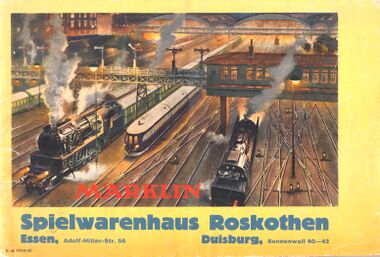 Märklin's early, basic catalogues from 1895 onwards had minimal text, with engraved pictures of items identified by number, and cover and introductory text in German, French and English – a common approach during this period with other manufacturers (such as Richter), as it allowed a single catalogue to be used across three language regions.

The "native" full Marklin catalogues started being produced with full colour covers from the early 1920s onwards, and were translated into other languages, with a mix of monochrome and colour interior illustrations appearing in 1929, to catch up with the colour catalogues and Hornby Book of Trains produced by Meccano Ltd in Britain from the late 1920s through the 1930s – Meccano Ltd having struck on the ingenious method of subsidising their colour catalogues by turning them into "annuals" with technical articles on monochrome pages, and colour printing reserved for the catalogue pages. All pages for the Märklin are supposed to have moved over to full colour in 1935.

Josef Danilowatz (1877 - 1945 ) was an Austrian painter and draftsman who created cover artwork for a series of classic Marklin catalogues through the 1930s.

Although the later catalogues were standard A4 size (297 × 210 mm), the earlier ones tended to be a little oversized, which can present problems for archival storage.