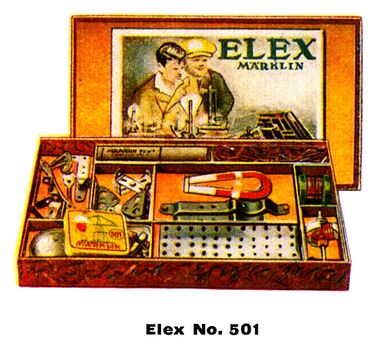 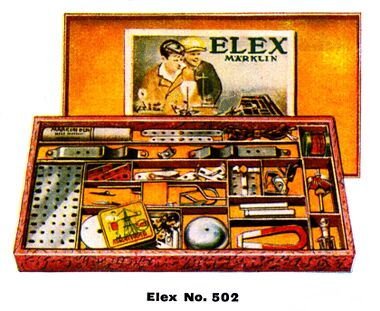 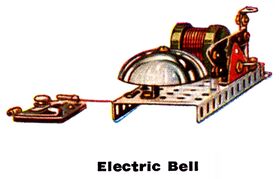 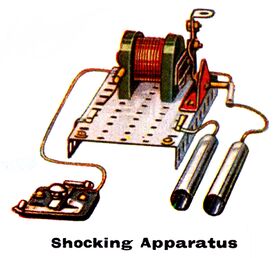 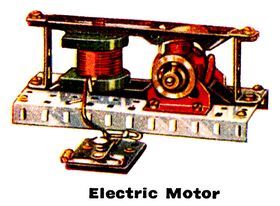 In the mid-1930s, almost every major industrial toymaker seemed to be producing chemistry sets and electrical engineering sets, due to their popularity and the comparatively low cost of production (if one already had a business capable of producing decent-quality packaging and manuals, and had a distribution network). While Märklin seems not to have produced a chemistry set range (as far as we know), they very much did produce electrical experiment sets, as this coincided nicely with their emphasis on metal toys, construction sets and educational toys that taught engineering.

Like Meccano Ltd.in the UK, who produced a Meccano Electrical Outfit in around 1920 as an add-on to "core" Meccano (and the later "Elektrikit" sets in the 1960s, based on "Meccano France" designs), Märklin's ELEX sets were designed to integrate with their existing metal construction sets, with the same hole spacing, and common use of standardised screws, strips and baseplates. Unlike the Meccano system, Märklin's was rather more ambitious, with three different sets (501, 502 and 503), the largest of which included a pair of handsets that allows owners to build a working pair of telephones. 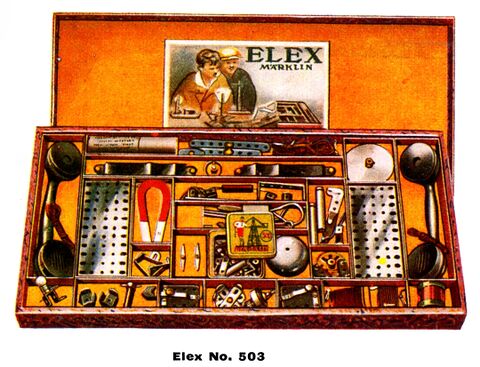 MÄRKLIN-ELEX is an experiment set complete in itself. While working with this set one becomes familiar with the fundamental laws of magnetism and electricity. The set contains, apart from the various parts used, a comprehensive and richly illustrated instruction manual. An ordinary pocket lamp battery is enough to be able to begin experimenting with the help of this instruction manual.

MÄRKLIN-ELEX makes the playing boy familiar with the phenomena of the magnet and magnetism, the electric current, the electro-motor and electro-magnetism, telephones, bell installations, electric measuring instruments, the Morse telegraph, the electric wiring of his own home, and all the various switch systems. Many such things which are daily encountered, lose their mystery and are seen to be natural products of the principles on which they are based.

Valuable knowledge for school and practical life can be gained from MÄRKLIN-ELEX. In conjunction with Märklin metal construction sets, it presents almost unlimited possibilities. 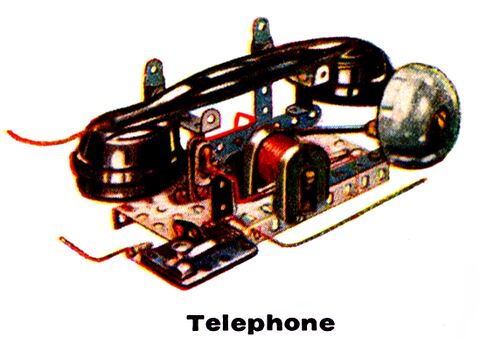