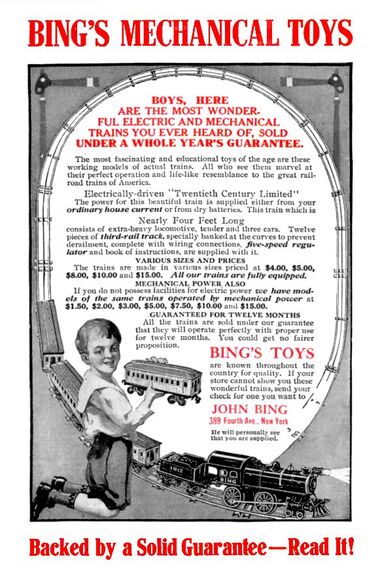 Bing Corporation, a.k.a. John Bing (1910-1928?) were the New York-based US offshoot of the main Bing company back in Germany.

Bing Corp failed with massive debts in 1928, with its US ongoing business being taken over by a new company, Bing Wolf. However, the debts created by the failure, combined with the difficulty of continuing to operate in the increasingly anti-Jewish environment of 1930s Germany dragged down the parent company, and led to the main Bing company then going bust in 1932.