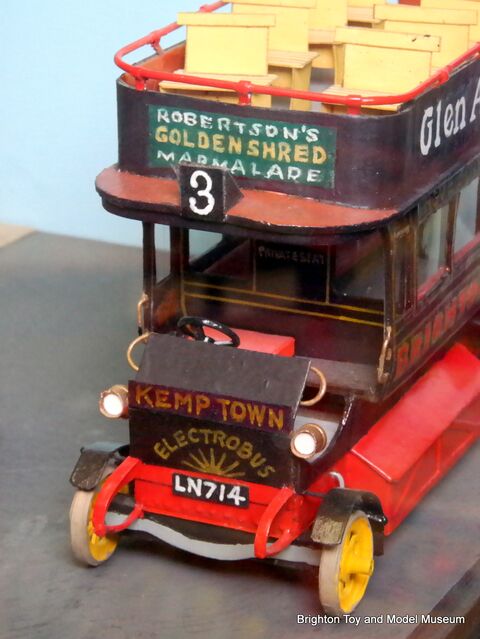 The "Electrobus" was an early electric public transport vehicle with lead-acid batteries designed and built for use in London by the 1906 London Electrobus Company. The buses were brought to Brighton after the company closed due to financial and legal problems in 1910.