From The Brighton Toy and Model Index
(Redirected from Superquick)
Jump to:navigation, search 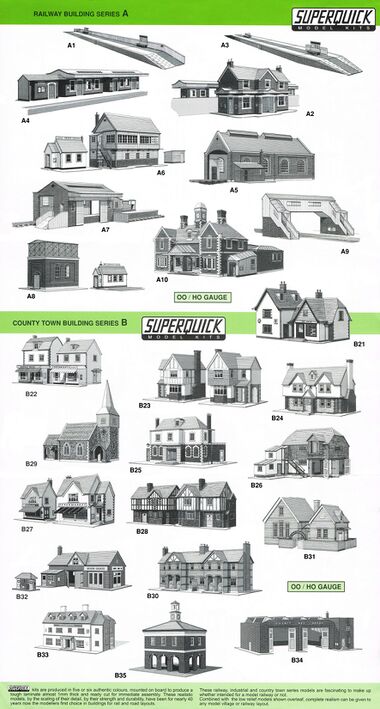 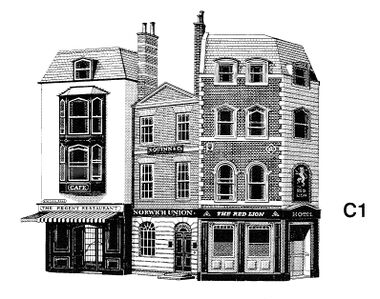 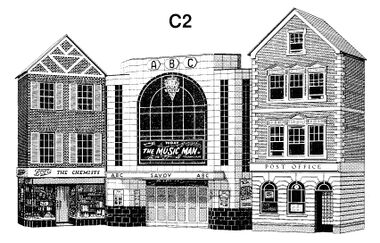 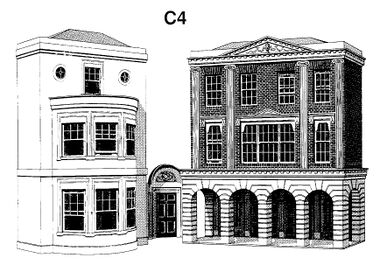 The Superquick range of card models were designed by artist and illustrator Donovan Lloyd (2014-2009), who started on a career as an architectural model maker, but "swerved" into a different line of work making card kits of model buildings for kits aimed at owners of model railway layouts, instead.

The Superquick models are printed on decent paper, preglued onto a tougher card backing, and then diecut, so the parts only need to be pushed out of their sheets breaking the small retaining links and then used, with no actual cutting required. 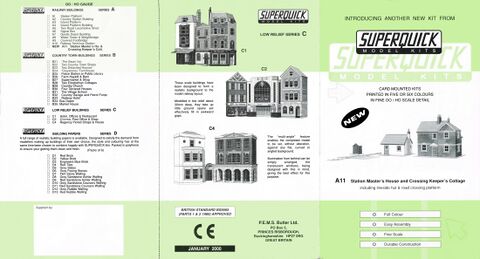 2000: outer side of the y2k Superquick brochure

The range is still in production.

Superquick expect to extend their range in 1963 by six to eight new kits, two of which will be new 4mm. scale platform and station building kits. On past form these should be very good indeed; each kit seems a distinct improvement on the one that went before.

SUPERQUICK KITS now offer you a range of twenty-one different buildings accurately scaled, fully coloured and cut out ready for assembly. Making them up is a fascinating hobby in itself, but if you are planning a OO or TT gauge railway layout you cannot do better than start with one of the many SUPERQUICK models in Series A or Series TT.

The buildings, although in many cases architecturally different, have about them the family likeness which does much to capture that "real life" look.

You will find them quite simple to make up, surprisingly strong and rigid, free from any tendency to warp, and most reasonably priced. Your local model shop will show them to you and give you a free leaflet illustrating the complete range.

Superquick kits are produced in five or six authentic colours, mounted on board to produce a tough laminate almost 1mm thick and ready cut for immediate assembly. These realistic models, by the scaling of their detail, by their strength and durability, have been for nearly 40 years now the modellers first choice in buildings for rail and road layouts.

These railway, industrial and country town series models are fascinating to make up whether intended for a model railway or not.

Combined with the low relief models shown overleaf, complete realism can be given to any model village or railway layout.

The current Superquick range is scaled at 4mm/foot (in other words, scaled for 00-gauge model railway layouts). This was always the main range – the company did experiment with a smaller and comparatively short-lived TT SERIES three-quarters-scaled range for TT model railway layouts, and a small set of 1/32-scale MR SERIES motor racing buildings aimed at owners of slot-car systems.

The museum holds a full archive of the unbuilt Superquick range (as it was around y2k) ... which has turned out to be somewhat less significant that it might otherwise have been, since the range is still available, new, from the company!

We also have a few Superquick buildings on the two 00-gauge layouts, and a couple of "scaled-up" Superquicks on the central 1930s gauge 0 layout.