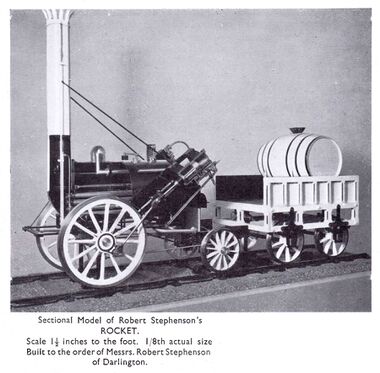 Photograph of a sectional 1:8-scale model of the "Rocket, made by Bassett-Lowke [image info] 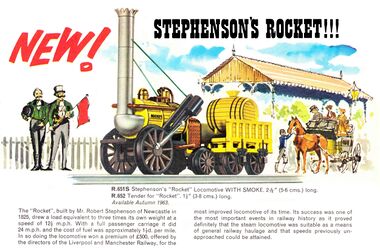 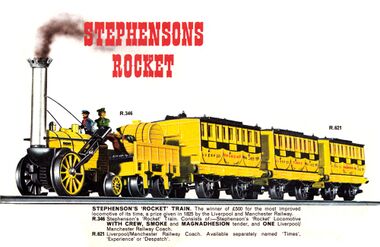 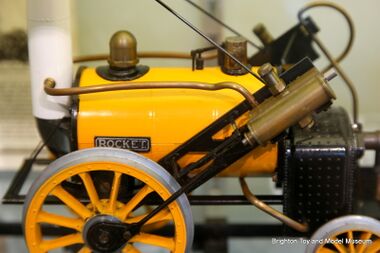 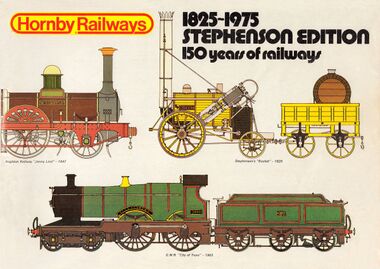 Stephenson's "Rocket" locomotive was built for the 1829 Rainhill trials, and achieved a speed of 24mph, establishing the legitimacy of mobile steam locomotives (as opposed to stationary engines with winding gear). "Rocket"'s performance wastaken a sa "proof of concept", and triggered an explosion of railway-building and steam locomotive development.

The "Rocket"'s remains have been at the Science Museum, London since 1862 (inventory number: 1862-5). It's currently a rather sooty and charred-looking black, and not immediately recognisable if you're expecting so see a bright yellow engine, but it does still proudly show "No. 1" painted on its front buffer-board.

Evolution of the steam locomotive

Rocket represented a major breakthrough in locomotive design due to its method of "steaming" - instead of simply lighting a fire underneath a boiler, Rocket had tubes running through th eboiler to massively increase the surface area of the interface between the fire's flames and hot gases and the water to be heated.