A later, simplified post-WW2 version of the tinplate Hornby Series No.2 Signal Cabin, with a green roof.

The main simplifications of the post-war version of the Signal Cabin were the removal of features that were there to allow the cabin to work with the Hornby Control System - on the later cabin, the roof isn't hinged, and the front lower edge doesn't have a cutout, instead having a horizontal "lip" that runs the whole length of the station's lower front edge. 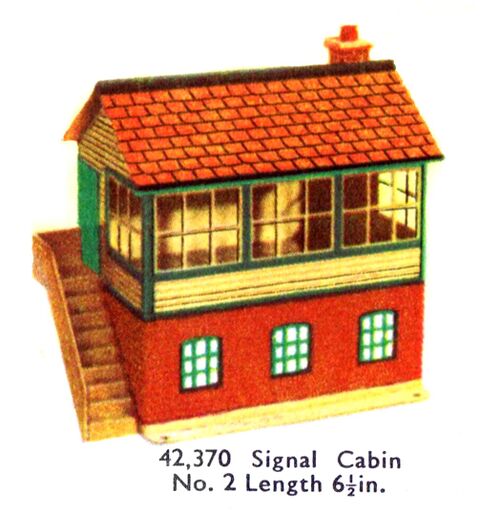 Catalogue illustration of the Hornby Signal Cabin No.2 from 1956, showing the absence of the earlier lower-front cutout. This illustration shows a few cosmetic differences in the design printed on the cabin (including a differently-coloured roof), but seems to be otherwise identical.