However, although this item appears to use the very first batch of packaging, it's still possible that the packaging might have been made in advance of the actual models. 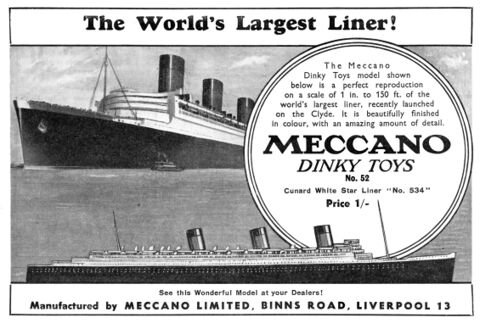 1934 advertising - Note that the ship's final name still doesn't appear in the advert (it's still being referred to by its hull number, "534")
File:Cunard White Star Liner 'Queen Mary',Dinky Toys 52a (1935 BoHTMP).jpg
1935 catalogue image, now with the ship's final name 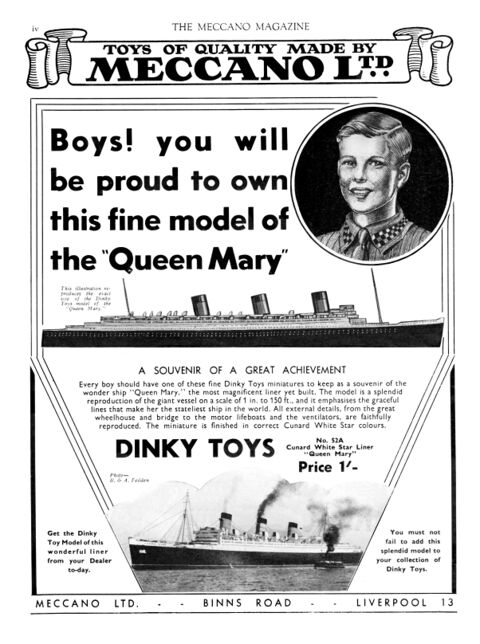 1936 advertising, as the ship's publicity came into full steam