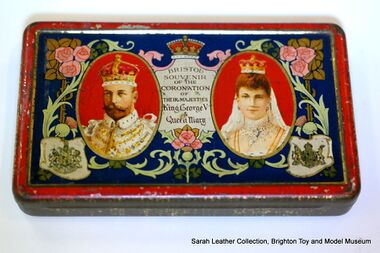 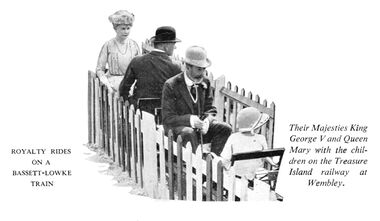 Mary (Victoria Mary Augusta Louise Olga Pauline Claudine Agnes, officially "Victoria Mary", but known to the family as "May") was a princess of Teck, Württemberg, but was brought up in England, in a family that was well-connected but short of money. This led to a transient lifestyle as the family spent much of the year travelling between and staying with relatives, in order to save money.

Queen Victoria liked May, and approved her marriage to her grandson Prince Albert Victor, who was second in line to the throne, after his father. Six weeks after their engagement in late 1891, Albert Victor died, which led to May spending more time with her deceased fiance's family, including the younger brother Prince George (who was now second in line to the throne), and the two married in 1893.

Queen Victoria's death in 1901 led to Prince George's father becoming King Edward VII, and on Edward VII's death in 1910, Prince George became King George V, and MAy became Queen Mary (havign been givien the choice of using either of her first names, Mary or Victoria).

Mary's personality seems to have been strongly shaped by her upbringing: She liked to "tour", took royal obligations very seriously (possibly to the extent of agreeing to marry one, and then another of Queen Victoria's grandsons), with this emphasis on duty responsible for an apparent coldness to her children.

Once she became Queen, her acquisitiveness became legendary, adding to the Royal collection of art and jewelry, and taking personal charge of inventorying the Royal collections, finding out which forgotten pieces had been lent to whom, and writing letters asking for them back. Previously, the Lady of the House in an important family might treat a Queen's visit as an opportunity to get out all their finest possessions – with Queen Mary, the legend was that a visit caused the anxious visitees to hide all their nicest things, in case Mary would express and admiration for them, in which situation, protocol dictated that the visitee offer the piece to the Queen ... at which point Mary would accept.