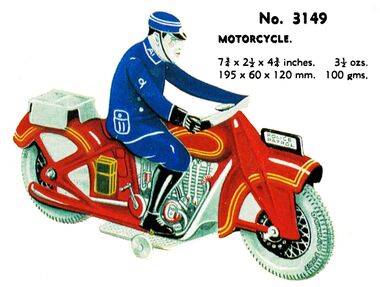 A brown clockwork lithographed tinplate Police Patrol Motorcycle with rider, made by Mettoy, probably in the 1940s. 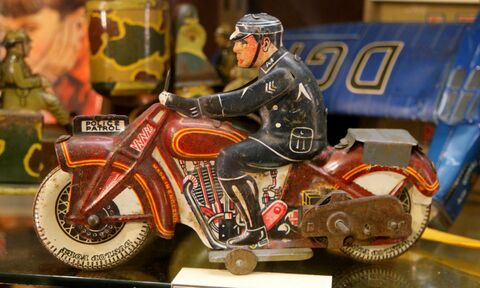 The motorcycle has brown bodywork with yellow double-lining, and a small sign on the front mudguard saying "POLICE PATROL". The off-white tyres are marked "DUNLOP FORT", and the letters "MADE IN ENGLAND" curve around the rear front mudguard. The integrated policeman figure has three chevrons on his shoulder and "A1" on his lapel.