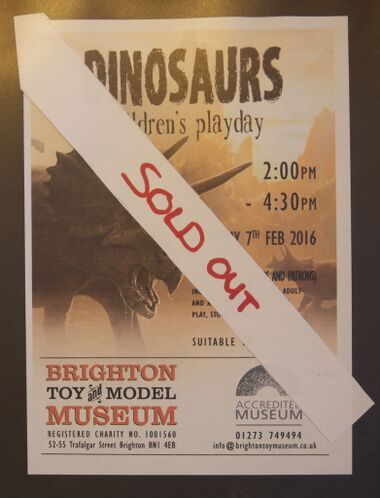 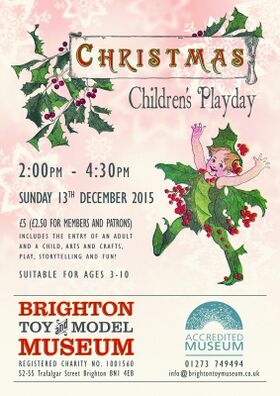 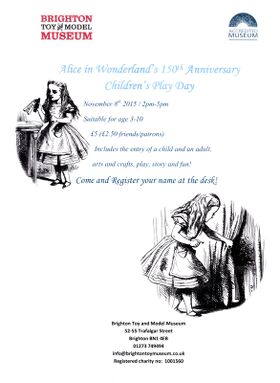 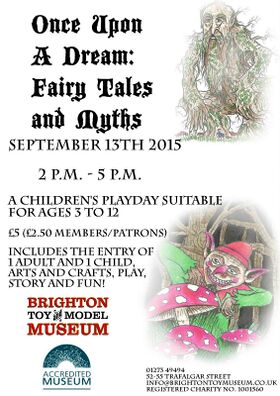 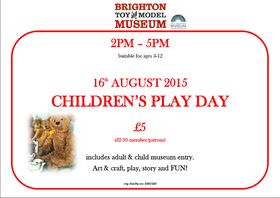 Brighton Toy and Model Museum's Children's Play Days are usually organised for Sundays, when the Museum would normally be closed.

Play Days involve a range of activities, including creative and arts activities and the opportunity to play with safe plastic Meccano and an extensive collection of wooden model railway and road construction sets, while surrounded by inspirational toys and models guaranteed to fire young imaginations.

For some Play Days, the museum may also be able to arrange special guest storytellers and authors.

The museum started holding Sunday Children's Play Days in 2013. The pilot event was held as part of Frank Hornby Week in May 2013, with the help of brand new chairs and tables and art and play materials paid for by the Hornby project's Heritage Lottery Fund grant. These included a satisfyingly extravagant quantity of Brio-compatible hardwood train and road sets and accessories, including stations, bridges, level crossings and some Thomas and Friends engines.

We usually set up the tubs of wooden road and rail pieces in Arch Two, with a road-based layout on a tabletop, and a rail-based layout on the floor near Puppet Corner, and over the course of the day this tends to spread out over the museum floorspace and children add to and change the layout configuration.

The art materials and activities (drawing, colouring-in and crafts) are normally set up on tables in Arch Four, with supervision and help provided by volunteers.

On top of these core activities, we also try to experiment with additional activities such as storytelling (via a theatre-shaped hatch in Puppet Corner), guided drawing games, making "jumping Jack" figures out of card, and so on. these tend to be a little different at each event, depending on who we have available on a given date.