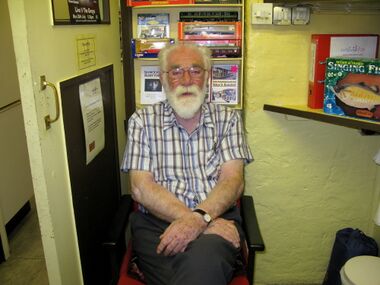 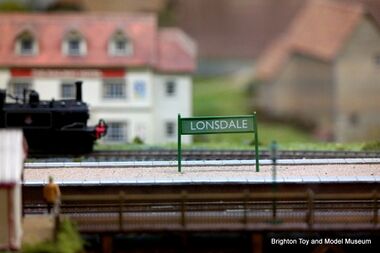 Peter Lonsdale joined the museum during 1991 at the very beginning, mainly concentrating on the 00-gauge layout construction. Prior to joining the museum, he had an important position at Southern Hobbies, Hove.

Peter made a great contribution to making the Museum the place it is today, and would always volunteer for the less popular shifts.

Excluding certain breaks due to his wife’s periods of very poor health, he remained faithful until his own health problems made it obvious that a move to the USA with his family was the best thing to do. He worked long volunteer shifts right up until the move, when he himself was not a very well man. He finally left for his new home with, of course, a new railway layout in 2010 .

The Museum named one of the stations on the layout as "Lonsdale Halt" as a mark of recognition of Peter’s extremely long service and support as one of our key volunteers.

He continues to be sadly missed by all who knew him.