From The Brighton Toy and Model Index
(Redirected from Palitoy)
Jump to:navigation, search

The Palitoy brand name originated with Arthur Pallet, who, after failing his accountancy exams, realised that he needed a new career path, and (as one does) set up a company manufacturing celluloid products, Cascelloid Ltd., in 1919.

Cascelloid branched out into other types of plastic manufacture (such as vinyl) as and when they became available, and usually marketed their toy products under the more consumer-friendly Palitoy name.

British Xylonite Company Ltd. took over Cascelloid in 1931, and the toymaking Palitoy Division was split off as a separate company in 1965. 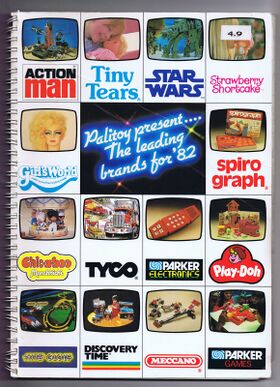 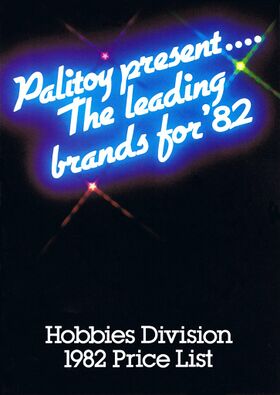 From the 1960s onwards, Palitoy Ltd. were caught up in an increasingly complex succession of takeovers and mergers that typified British toymaking in the second half of the Twentieth Century.

Palitoy are probably best remembered for their plastic toy "baby" dolls, followed by Action Man (the UK version of the American "G.I. Joe"), and then for manufacturing Star Wars figures for the UK market. However Palitoy's R&D was eventually shut down as representing an unnecessary duplication of of the R&D work carried out by the US parent company, and and although the Palitoy brand persisted, it was by then no longer a properly independent marque.