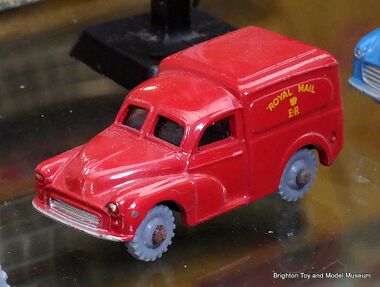 Morris Motors were a British vehicle manufacturer based in Oxford, founded in 1912 by engineer/philanthropist William Morris, later Viscount Nuffield (the Oxford college and charitable foundation sharing his name predictably used the latter name). Morris primarily produced cars and light vans, along with some tractors, and at one point was the largest British car manufacturer, with 51% of the market.

Morris Motors merged with the Austin Motor Company in 1952 to form the British Motor Corporation (BMC).

The Morris brandname is currently owned by the Shanghai Automotive Industry Corporation, but is not currently in use.