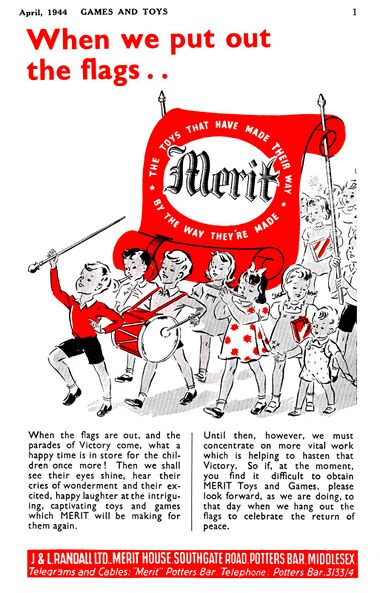 1944: Trade advert from Merit, looking forward to the expected resumption of toy production after the end of World War Two [image info] 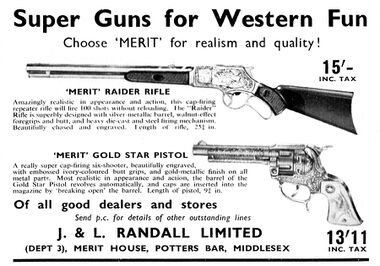 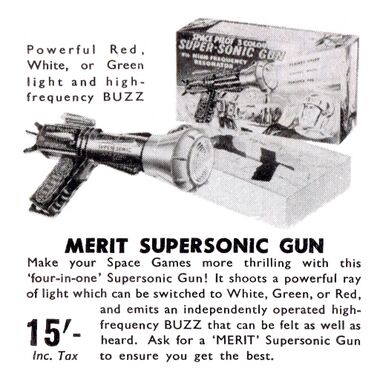 The oldest advert that we've identified in our archives for Merit so far is a World War Two ad from 1944, promising the return of Merit after the war. This suggests that the Merit brand may have been in use either during WW2's early years, before UK toy production was shut down (1939-) or earlier (1930s).