A yellow and zinc motorised Meccano fairground traction engine built as a shop display piece, with sequencing sets of lights, rotating rear wheels, and moving pistons and other parts. It's located in Arch Two, above the entrance to Arch Three. 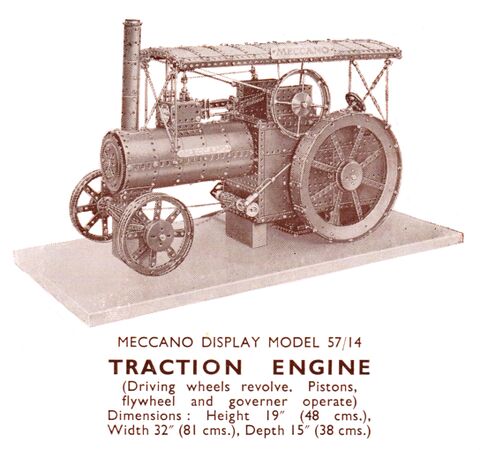 1957: A "retailer's display models" listing for an earlier and more basic, general-purpose version of the traction engine design, without the typical "Showman's Engine" forward-jutting roof and forward electrical generator, and without the lights

The model appeared on the cover of the January 1969 issue of Meccano Magazine:

" Meccano captures the glory of a by-gone era! This magnificent Showman's Traction Engine is constructed entirely from current Meccano parts. Measuring 30 in. long by 15 in. high, it has flashing lights, operating pistons, flywheel, governor and drive to the generator. This is a standard Meccano display model and involved some 60 hours of work in its construction. " 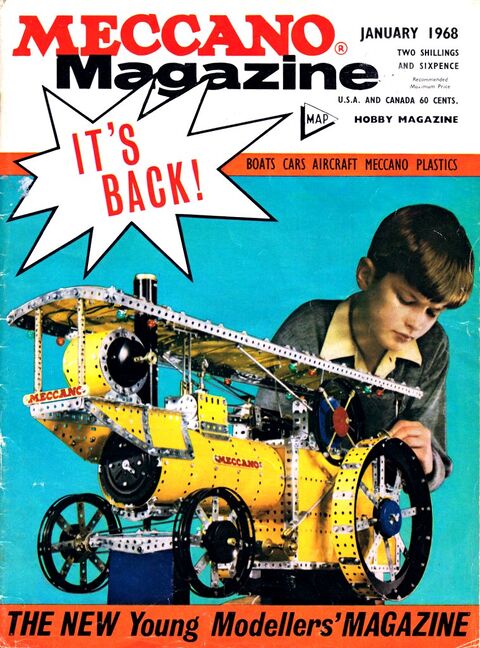 The model on the cover of Meccano Magazine

The model is inhabited by a small teddybear wearing a brown jumper.

This is not included in the original Meccano plans.