An incredibly rare Meccano saw bench with a hinging tabletop, one of the very rarest early Meccano items. The sawbench was introduced in ~1915, and this appears to be a version produced in around ~1929.

The bench consists of a sturdy black stand terminating in two seven-hole Meccano brackets for screwing the unit to a base, a hinging tabletop with a slot for the rotating sawblade, and a "stop" for aligning work that is to be cut. A driveshaft allows the sawblade to be driven by an external engine or some other sort of Meccano mechanism.

The piece has a "Hornby Series" sticker on it, which is a little confusing, since Hornby Series is normally associated with model railways ... but then again, Hornby Series doesn't specifically mention railways in its name, so this is perhaps another result of some of the rather mixed marketing messages that companies were prone to putting out at the time.

The piece was introduced in ~1915, but since its axle was designed to couple to contemporary power units such as small steam engines, the safety concerns of having powered cutting-blades in a children's toy meant that the item was eventually dropped. 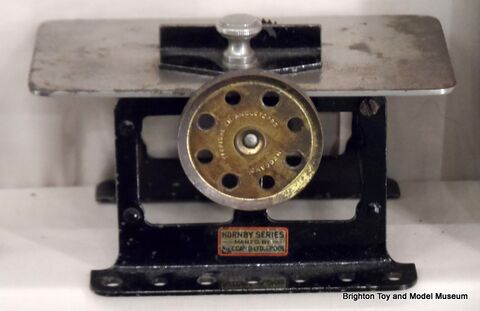 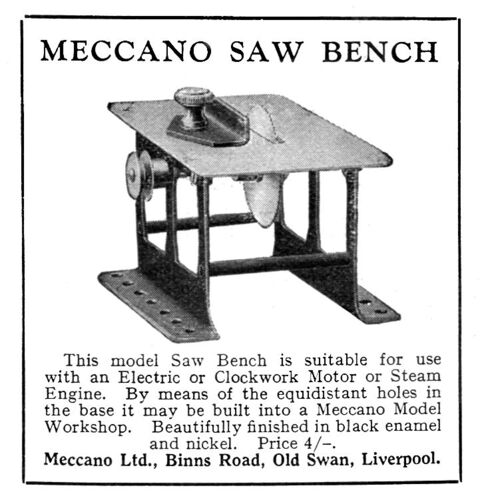