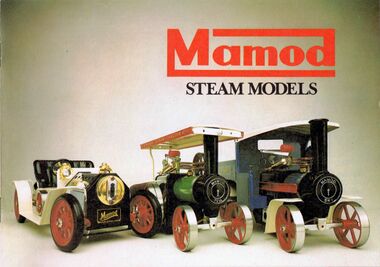 A steam-powered model of an Edwardian roadster, with silver and cream bodywork, brass-coloured headlights, black upholstery and red spoke wheels and chassis, made by Mamod. 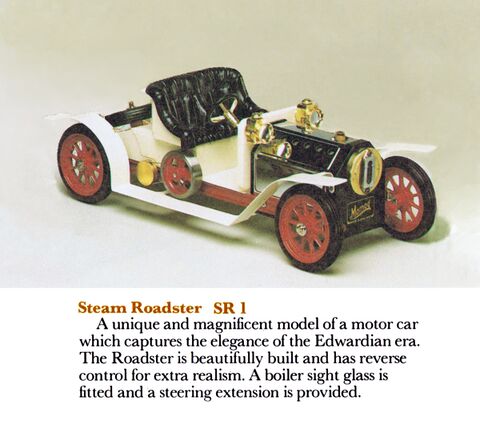 We're not currently sure whether there's some specific difference between the later/current versions of the car, SA 1, and the version in the ~1979 catalogue SR 1 ("SR" for "Steam Roadster"). It may be that Mamod simply changed the number because SR 1 was too similar to S.R. 1, their earlier steamroller designation number - by 1979, the Steamroller had been revised to become the SR 1A, but it might be that the niceties of whether one included the "dots" or not was too subtle a distinction, and having two products with apparently the same model number was just a bad idea. 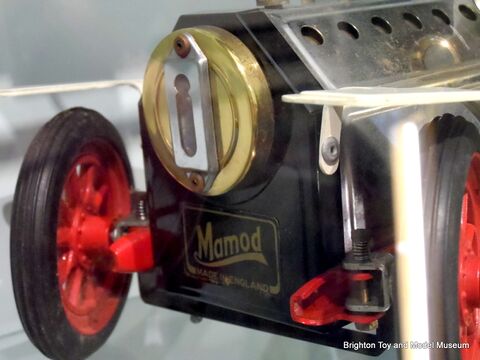