A large grey spherical relief model of the Moon, approximately two feet across, on a stepped wooden base with four spokes above the base for turning.

This was apparently one of a set of four built after the NASA lunar missions, and includes mission landing sites.

We currently think the other three ended up at NASA, the Science Museum, and with one of the astronauts, but we're currently awaiting more details, documentation and provenance on the globe from its owner, who acquired it from the estate of Harry Secombe. 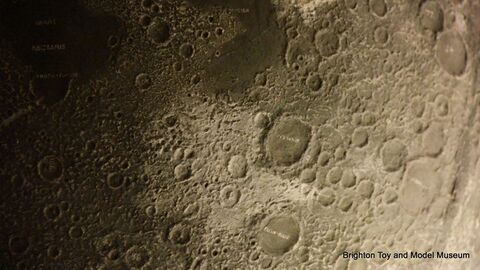 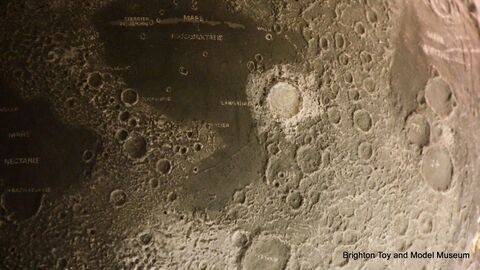