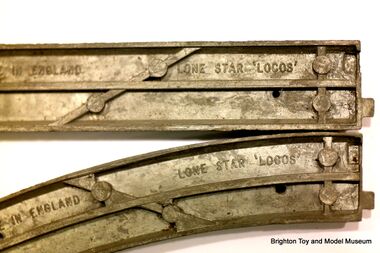 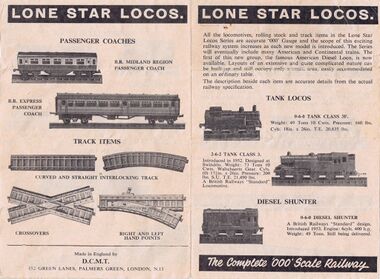 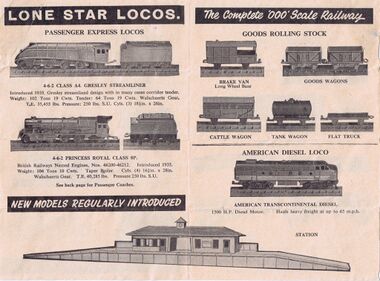 TREBLE-O-LECTRIC SERIES LOCOMOTIVES and ROLLING STOCK are built to a scale of 2 mm. (5/64") to the foot and TREBLE-O-LECTRIC TRACK is 9mm gauge, that is to say, the measurement between the two inside edges of the rails, in any section of the track, is 9mm. (approximately 23/64).

Lone Star's initial 000 trains were simple push-along models with clip-together solid moulded track – although they were rather cute to look at, they had a tendency to "de-rail" when hauled around a track with "jumpy" joints by hand, which meant that for small children, the choice was between having to spend a certain amount of time putting pieces back onto the track, or ignoring the track and using the models as floor toys. 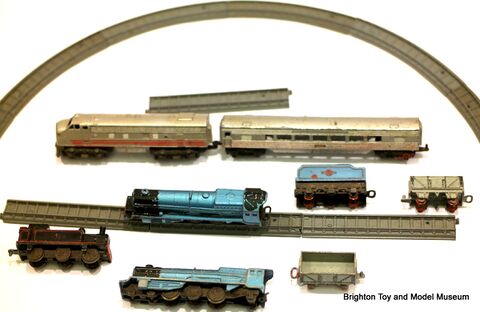 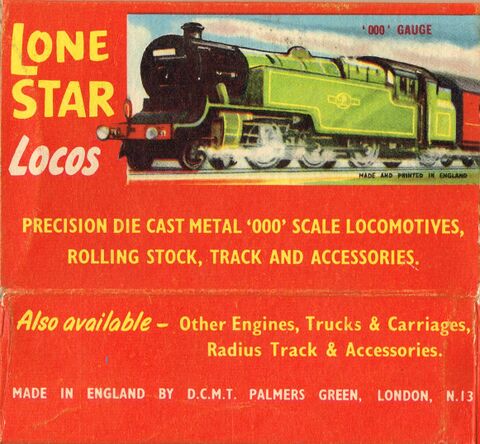 All the locomotives, rolling stock and track items in the Lone Star Locos Series are accurate "000" Gauge and the scope of this exciting railway system increases as each new model is introduced. The Series will eventually include many American and Continental trains. The first of this new group, the famous American Diesel Loco, is now available. Layouts of an extensive and quite complicated nature can be built up and still occupy only a small area, easily accommodated on an ordinary table.

The following 22 files are in this category, out of 22 total.