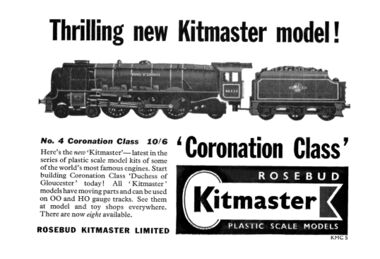 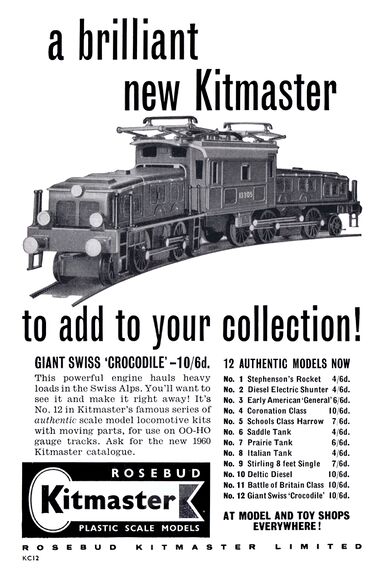 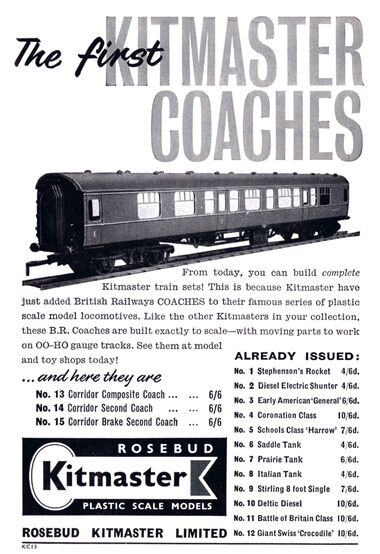 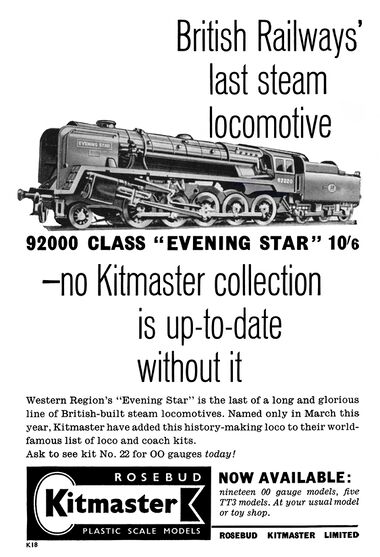 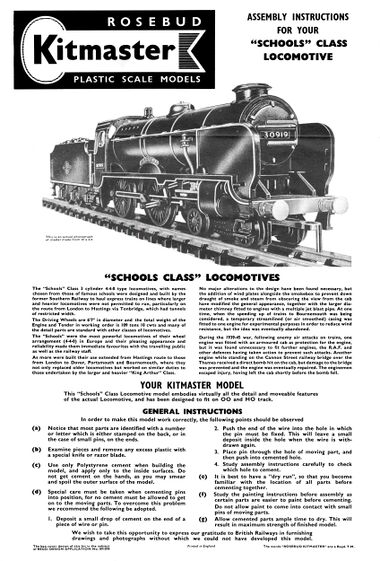 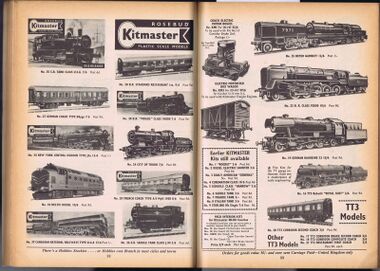 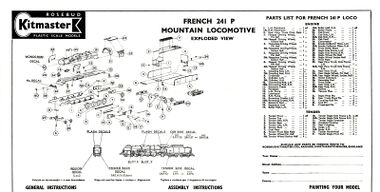 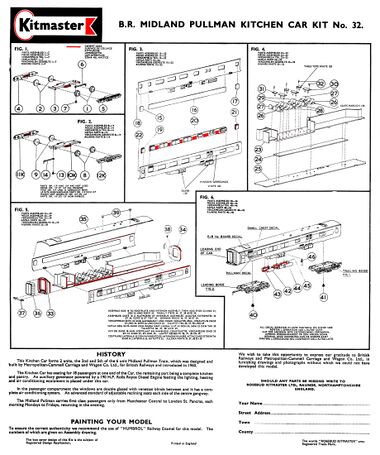 Rosebud Kitmaster Ltd represented Nene Plastics' (of Rosebud Dolls) brief foray into the plastic model construction kits market. Despite the very high quality of the kits, and a healthy (and presumably expensive) advertising campaign, the short-lived offshoot company didn't do as well as hoped, and sold its moulds on to Airfix.

At least one of the coaches could be motorised with a special add-in motorised bogie, and a Kitmaster goods loco could be pushed around the track by a sneakily motorised freight van.

There was also a range of PECO-produced cut-out card interiors for carriages.

In 1962 the company tried to find a new market with a model of the Ariel Arrow motorcycle, numbered 60 to allow any further railway products to have continuous numbering. This seems to have been released by Kitmaster just before the company went under, and was the first kit that Airfix reissued. There also seem to have been plans to release a model of the Gerry Anderson Fireball XL5 spaceship, which was never released as a commercial model, but apparently produced by Airfix as a promotional model for breakfast cereals.

Most of the range was 00/H0, but there were also five items scaled for TT model railways, a rebuilt "Royal Scot" locomotive and four coaches. The Ariel Arrow motorcycle kit was 1:16-scale. 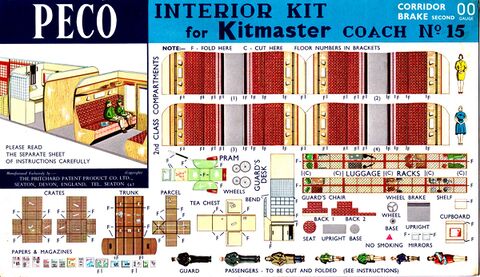 Kitmaster's heady arc can be traced from the advertising in Meccano Magazine between April 1959 and December 1960, where the company had a series of fifteen mostly full-page adverts announcing what was new that month.

AT LAST! Plastic Scale Model RAILWAY KITS Authentic Models with Moving Parts Can be used on 00 and H0 Gauge Tracks Brand-New! Exciting! Just what you've always wanted! Assemble these thrilling new 'Kitmaster' railway kits yourself ... you'll get hours of pleasure and satisfaction. No ordinary models these. They move ... are built to scale ... finely detailed – look just like the real thing.

That's why you get that professional finish every time with all 'Kitmaster' models. Start your collection now ... you'll find plenty of thrills and fun with these authentic new 'Kitmaster' plastic scale models.