GEM was the trading name of George E. Mellor, who produced a range of model plans, and also sold track, locomotives and rolling stock.

GEM advertised in some of the more specialist model railway publications, and some of their products were also available through the Exley catalogues.

Accurate full sized 4mm scale drawings with an amount of detail which puts them far ahead of any other series on the market. Many new drawings are in course of preparation and will be announced from time to time. 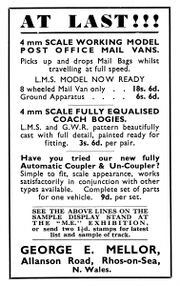 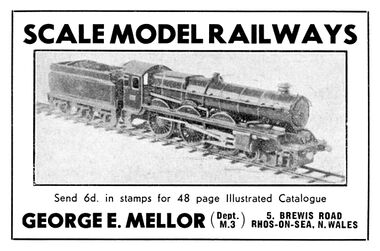 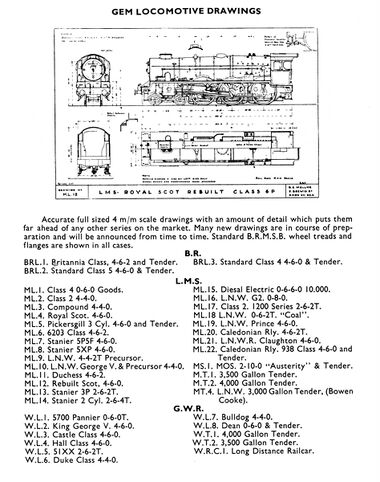 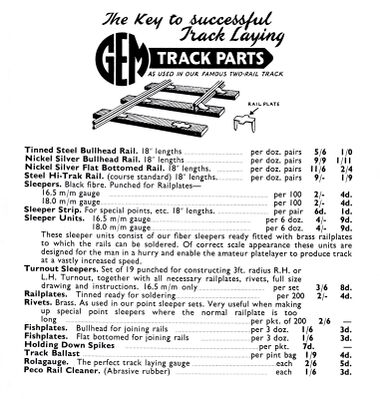