From The Brighton Toy and Model Index
(Redirected from Cox)
Jump to:navigation, search 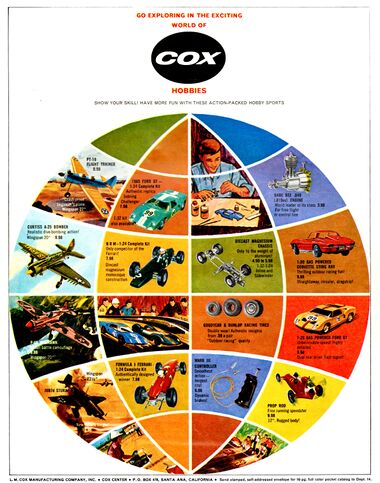 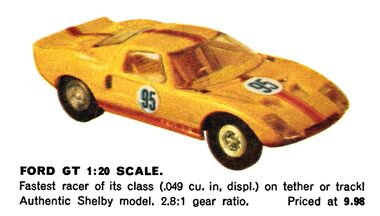 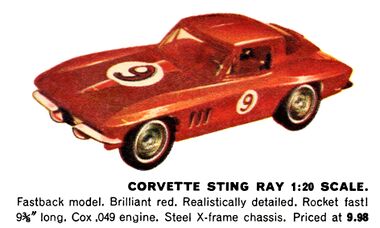 The Cox brand are associated with flying model aircraft, running model cars, kits, and slotcars. Most of what the company did centred around their own production of small internal-combustion engines suitable for powering models, which were also available separately to builders, making Cox a notable brand for model engines.

Leroy M. Cox (1906-1981) (a.k.a. "Roy") originally started Cox Manufacturing in Placentia, California during 1944 making simple wooden popguns from the limited materials available during World War Two. With the reavailability of metal after the end of WW2, he turned his attention to the subject of metal cars, which started being fitted with engines to produce tethered model racing cars (which essentially ran in a circle, on a "leash"), a hobby that was unfamiliar in the UK but fairly significant in the US. Since Cox were selling to people who were fitting their cars with engines, it was logical to also sell the engines.

To make his early model tethered cars, Cox originally "bought in" the engines, but since this was a significant piece of the cars (both in cost and effectiveness), he quickly moved over to having replacement engines manufactured in-house. Since tethered cars competed on pure speed, Cox got immediate feedback on whether a change in design improved or degraded performance, and the company soon found itself with an emphasis on the production of an expanding range of small, reliable, specialist, easy-start, lightweight engines that could be easily incorporated into models.

From tethered cars with internal combustion engines, the next step was tethered model planes, an idea that may seems a little archaic nowadays in the days of radio control, but became a significant hobby (and was later joined by radio controlled planes). Because the engine was such an important part of the plane, Cox engines appeared in other companies' products as well as selling to the DIY plane-builder market.

In the mid-1960s Cox were one of a number of companies that were persuaded by the slotcar boom to try to get into slotcar market (before the slotcar "bubble" burst).

Roy Cox retired in 1969, after which the company diversified, bought a radio control equipment supplier and underwent changes of name and ownership (for a while being part of Estes-Cox), and making other ranges of products including model rockets and radios.

The core legacy of the company, though, was the range of engines ... and the "legacy" company that still survives, Cox International, makes sure that replacement engines and parts are still available to enthusiasts.

The following 45 files are in this category, out of 45 total.