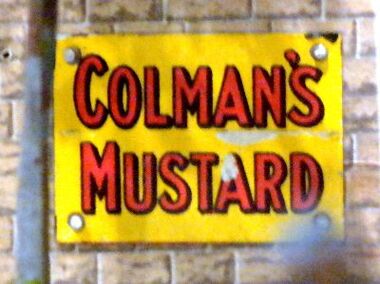 Colmans Mustard was one of the biggest and best-branded product lines of the early Twentieth Century, with its distinctive black-outlined red lettering against a mustard-yellow background.

Due to their high-profile promotion and high-contrast design, the livery became an easily-recognisable choice for toy vehicles and railway advertising posters.

A particularly sought-after collectable is the yellow gauge 0 Hornby Colmans mustard wagon, which was only produced for one year.