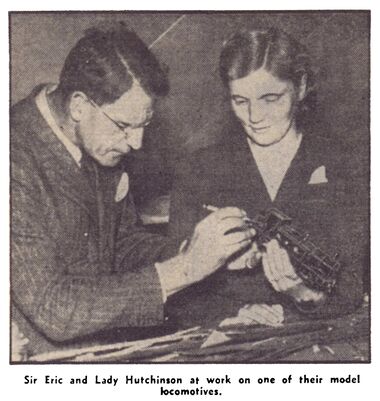 1949: "Sir Eric and Lady Hutchison at work on one of their model locomotives", Daily Record, 19th May [image info] 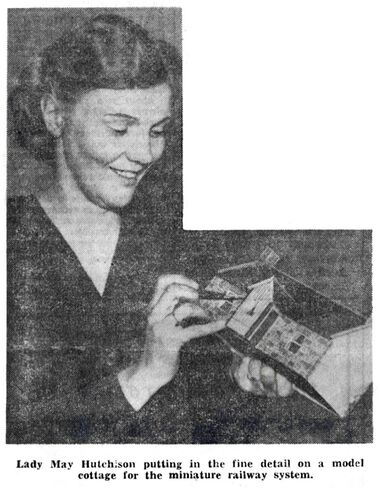 1950: "Lady May Hutchison putting in the fine detail on a model cottage for the miniature railway system", Sunday Mail, 30th April [image info] 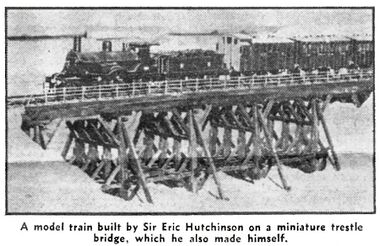 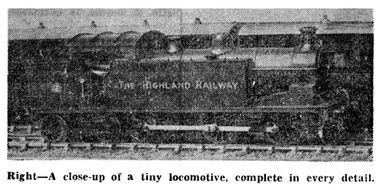 Along with fellow model railway enthusiast and writer Edward Beal, Hutchison co-founded MERCO (Model Exhibition Railway Co.) of Dundee, which produced affordable high-quality lithographed sheets that could be used to give model railways buildings and walkways a brick-effect or stone-effect cladding, or applied to the sides of home-made wooden model railway carriages to give a professional-looking finish.

Brighton Toy and model museum was grateful to receive a collection of Sir Eric Hutchison's model locomotives in January 2016, along with three boxes of associated archive material. We will be listing the locomotives online in early 2016, and hope to place and run some of them on the museum's central 1930s gauge 0 model railway layout. We will also be putting some of the relevant supporting material from the archive online, once we have had a chance to sift through it.