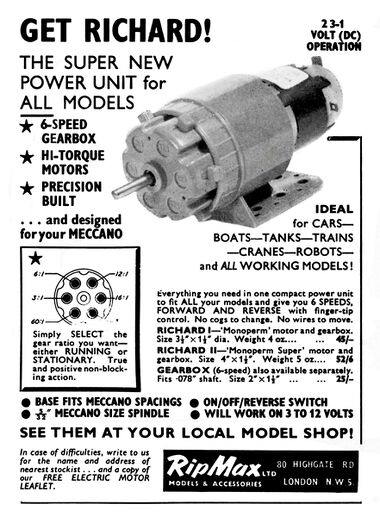 The model aircraft and radio control supplier and distributor Ripmax was founded in 1949 as a joint venture between Charles A. Rippon and Max Coote, opening the "Everyman's Model Shop" in Camden primarily to sell model boat equipment, but then embracing model aircraft and components.

As well as having a retail business, the company also distributed to other model shops, with the slogan for Ripmax products being "If it's Ripmax, it's good!". The range increased, and the company ended up with a large premises in Enfield, on "Ripmax Corner"