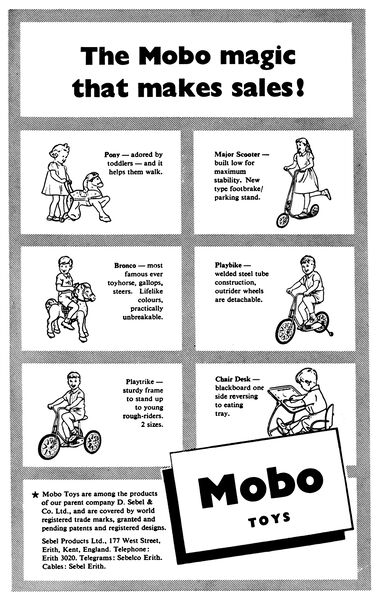 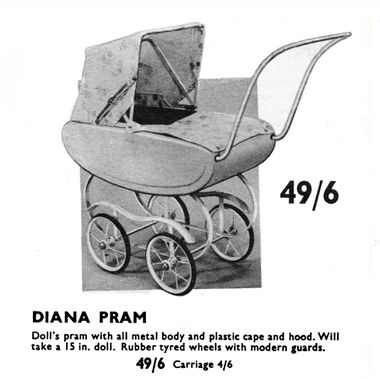 The Mobo brand was the brainchild of D. Sebel and Co. Ltd., of Erith , Kent.

Used to working with metal and wood constructions for utility furniture and other miscellaneous fittings, Sebel decided to try to design some new products and diversify after the end of World War Two, and their first real toy idea, a hollow metal ride-on horse whose legs worked forwards and backwards on small wheels concealed in the hooves when the horse was "ridden", turned into an instant success.

Sebel went on to produce tricycles and other children's equipment under the Mobo brand, but these were also available from other sources, whereas the Mobo Bronco was unique. The idea – lets build a working mechanical horse that you can actually ride – was so naively ambitious that established toy companies had apparently never attempted it, and, even more surprisingly, the Mobo Bronco actually worked.

Having "hit the jackpot" with their very first product, Mobo found it difficult to come up with another wildly successful innovative idea, and some of their other most successful lines were variations on "Bronco". In the end, the company managed to diversify in order to capitalise on their distribution relationships with retailers by acquiring a couple of other other niche toy companies, the toy boat business of Harold Flory Ltd., of Bromley, also in Kent (in 1955), and Jetex who made small reusable solid-fuel rocket motors and rocket-propelled toys (car, planes and boats) in 1956. 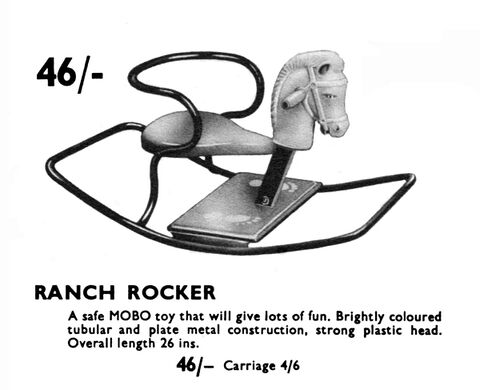 Flory's boats were rebranded as MOBO Boats, but the unique Jetex product line was already so strongly branded that its product name was left alone.

The end of Mobo

Mobo became part of the Barclay Toy Group in 1970, but in a move typical of the leveraged financial takeover-prone atmosphere on the 1970s, the new parent company realised that they'd been overenthusiastic and had overextended themselves, and a reorganisation led to the Mobo factory being shut down in 1972.