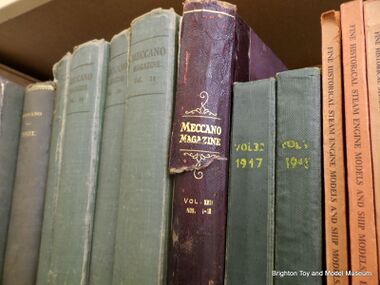 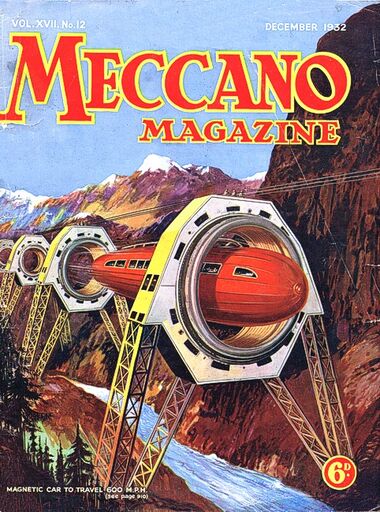 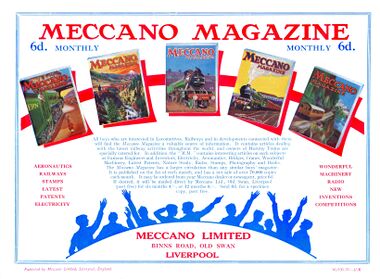 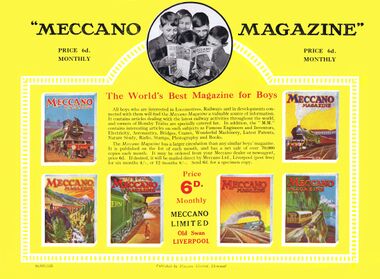 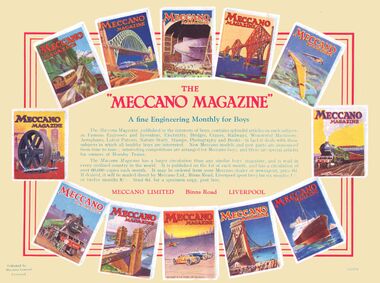 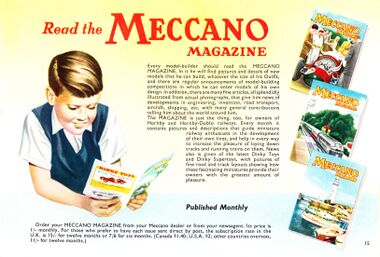 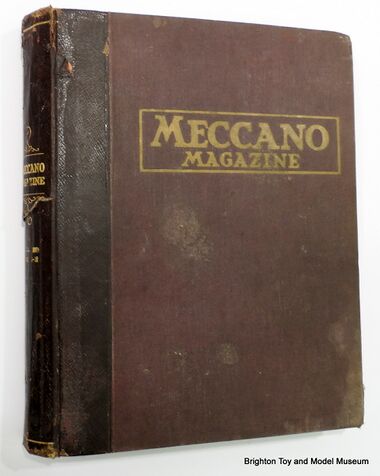 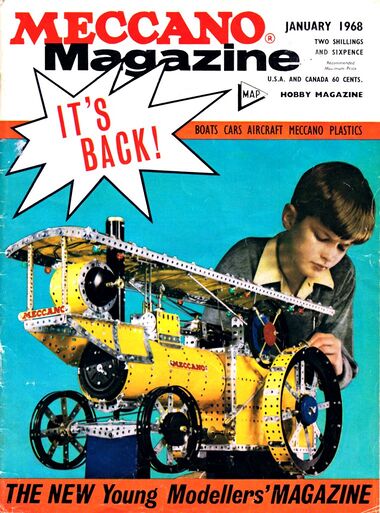 Meccano Magazine was initially published in 1916 by Frank Hornby's company as a black and white publication aimed at Meccano enthusiasts, but as the range of Meccano Ltd. products grew, the publication expanded to become a "proper" magazine with a colour cover that included promotional material for other Meccano Ltd. products such as Hornby Trains and Dinky Toys, as well as paid advertising from other companies for such things as bicycles, air guns, stamps, Brylcreem, and Seccotine glue.

The magazine covered an encyclopaedic range of topics related to light and heavy engineering, civil engineering, railways and the latest scientific and technological developments, and "cover art" subjects ranged from trains and bridges to aeroplanes, tunnel-boring machines, futuristic visions of how technology might progress in years to come, and almost anything else to do with engineering.

Initially around A4 size, the magazine shrank to a pocket-sized A5 format in response to WW2 wartime rationing of materials, and remained at that size for over a decade. It turned back into a "big" magazine in 1961, but Meccano Ltd. cut its ties with the magazine in 1963 due to insufficient sales, and the magazine continued with different owners, cover styles and formats until its final issue in 1981.

During its heyday, the magazine needed to fill so many pages each month that it almost became the "magazine of record" for any developments in British engineering (and to a lesser extent, engineering worldwide), and it was arguably to engineering what magazines like New Scientist or Scientific American are nowadays to science research, with the editorial style producing high-quality articles that were perhaps similar to those found in the old Arthur Mee encyclopaedias.

The nearest US equivalent would probably be Popular Mechanics, but without the forest of surreal "get-rich-quick" adverts that typified the pages of "PM" during that period.

The following 75 files are in this category, out of 75 total.