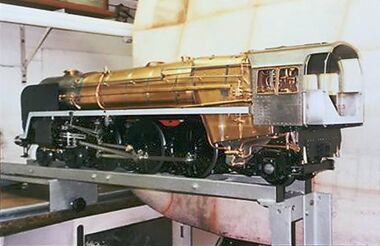 The bare metal unpainted locomotive, in the workshop [image info] 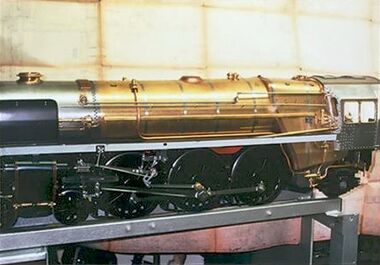 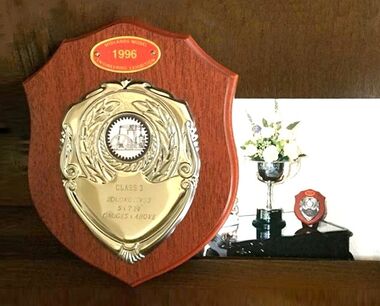 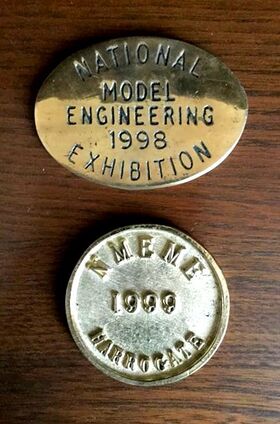 The magnificent model of Oliver Cromwell locomotive in Arch Four was created by John William Airton (J.W. Airton) (b.~1924) over a period of twenty years.

Airton built a workshop in his back garden, including a Myford lathe and a pedestal drill, and created the model from scratch.

His first serious model with this setup was a miniature of a (water cooled?) petrol engine complete with tiny spark plugs, around the size of a reporter's notebook, made in the early 1960s.