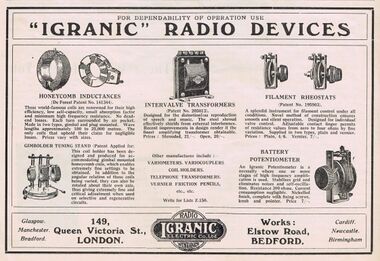 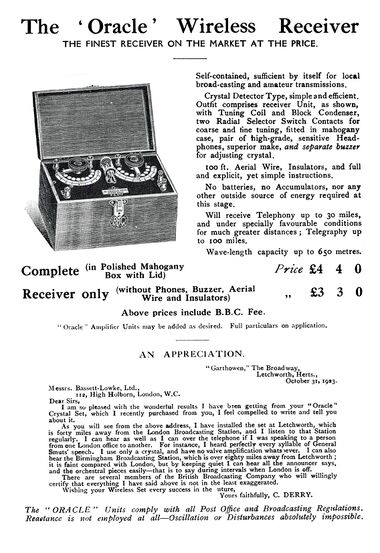 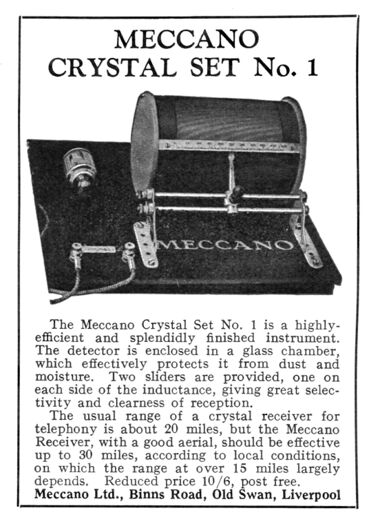 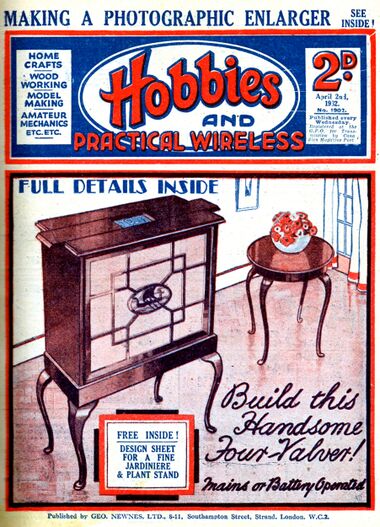 Crystal radio sets were the first generally-available radio receivers, and used a tuned aerial receiver combined with a "rectifier" or "diode" that only allowed electrical current to flow in one direction, to pull in radio energy and route it to an earpiece or headset. The earliest crystal sets used an electrical junction between the circuit and a conducting crystal of a material such as lead sulphide to rectify the electrical current, giving the sets their name.

Crystal sets could be built from comparatively simple materials because they were unpowered - the incoming signal had to be strong enough to drive an earpiece directly, as there was no signal amplification involved. This meant that, although commercial sets could be quite expensive, sometimes built into impressive wooden cabinets, a hobbyist with a set of plans and cheap parts, willing to wind their own coils and do the construction themselves, could build a crystal set comparatively cheaply.

The building of homemade crystal sets became a major hobby in the 1920s, with many small hobby suppliers trying to get onto the bandwagon.

Crystal radio sets were largely displaced by valve radios: amplified radio sets that used vacuum tube amplifiers. These needed to be powered, but could drive a loudspeaker and let a roomful of people listen in, together.

The next revolution in radio after valve amplifiers came when a low-voltage, low-power solid-state replacement for the valve was developed: the transistor. Transistor radios could be lightweight and battery-powered, but could still drive a loudspeaker, and "trannies" became a craze in the 1960s, occupying a "personal music" niche that was later occupied by portable cassette players (e.g. the Sony Walkman) and then by mp3 players (typified by the Apple iPod).