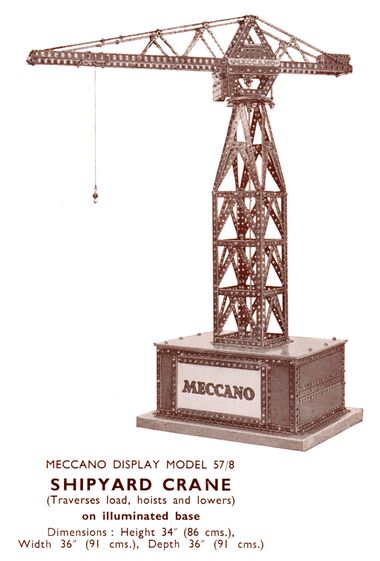 While many companies included toy cranes in their lineups, cranes were an especial favourite of Frank Hornby, founder of Meccano Limited. Hornby had grown up near the Liverpool docks, and had helped out with his father's provisions-unloading business, and it was his quest to build a metal toy crane for his children that led him to develop the system that became Meccano.

Hornby's 1901 "Meccano" patent showed two examples of what could be built with the new system, a set of railway points and a railway crane, and the Giant Block-Setting Crane became his company's largest official published design.