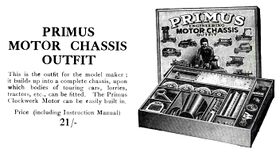 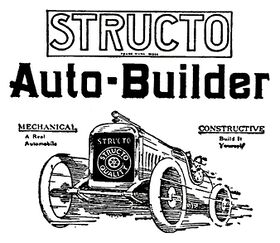 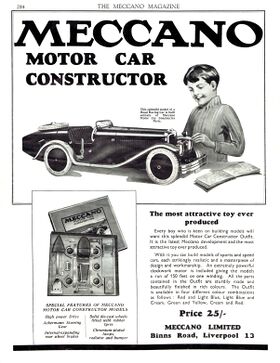 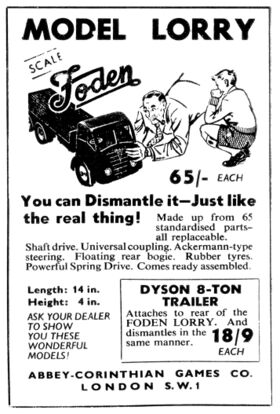 This category is specifically for construction sets that can be put together and taken apart again, as opposed to car kits (like Airfix kits), which are usually intended to only be made once.

Car construction sets were a significant toy theme in the 1930s, as they had a strong education aspect: putting a car together and taking it apart again taught children about the parts of motor cars and how they were built and worked (the principle of having a basic chassis, with motor, steering and a differential gearbox, fitted with different bodywork for different purposes).

In a time when it was still feasible for small "cottage industry" businesses and bicycle shops to build their own cars that were comparable to the output of the larger large carmakers, and business users were happy to have the coachwork for a van or lorry bodywork built for their purposes by local craftsmen, knowing exactly how a car was put together could potentially allow a child a new career path. If the child had a technical inclination, and their imagination was captured by building and rebuilding a car construction set's chassis, and perhaps making their own bodywork out of wood, metal or cardboard, it could potentially lead to them one day having their own business.

As carmaking became more centralised and industrialised, and building cars increasingly became a "factory job", demand for these sets fell away.