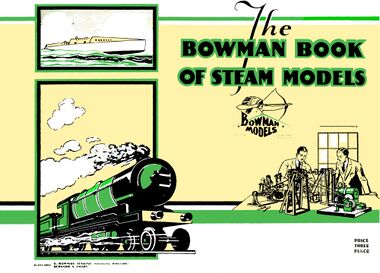 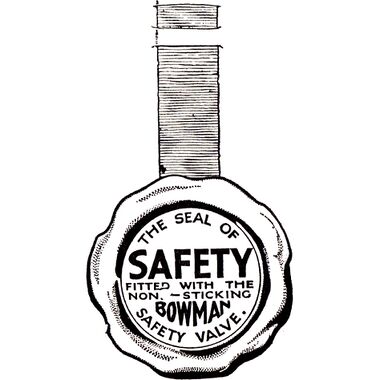 THE FASCINATION OF STEAM

At this stage, if not earlier, it becomes apparent that something is sadly lacking. A closer study of the real machines emphasizes the unreality of a steam crane which is turned by hand, a boat which runs with a silent (and expensive) electric motor, or a miniature express train which has to be re-wound at short intervals with a large key. The struggle towards realism must inevitably go a step further and nothing will satisfy the budding engineer until his models work like real ones, amidst clouds of steam and the roar of a healthy steam engine.

'Apart from the sense of realism obtained, there is a delightful thrill in the running of a real steam engine, whether it be a locomotive, steamboat or stationary engine to drive models. The filling of the boiler, the oiling of the pistons, the control of the burners and the final realistic. "phut-phut" as the model moves away under her own steam, holds a fascination which few of us can resist.

THE PRICE PROBLEM AND ITS SOLUTION

The great drawback to steam engines, however, has always been their price. As much as £5 had to be paid in the old days for a sound and powerful British stationary engine, but even these were not adapted for actually building into Meccano and other constructional models, so that even at this price a good deal of realism was lost. It is true that cheaper foreign engines were available but in a general way they were flimsily constructed and in practice proved hopelessly underpowered and unreliable. A reasonably powerful British steam locomotive cost at least £6 and although cheaper foreign steam locos could be obtained, they had hardly enough power to pull themselves along and were quite useless when coupled to anything like a load. Moreover they needed constant refuellîng, and taken all round„were far from satisfactory. Steam driven boats were in a very similar position and it therefore became the ambition of Bowman Models, backed by many years’ experience, to build up an business for the production of real engines in miniature together with other models at a price within the reach of all. How far they have succeeded is shown in the following pages, and by the fact that Bowman Models are now world renowned for their marvellous performance and lasting qualities.

Every model herein listed, even the very cheapest, is completely different from the accepted continental production. Instead of fragile stampings sweated together, lead pistons, and bright colours, nothing but the finest British raw materials are used and British labour is employed throughout. All parts are accurately machined and screwed and bolted together. Pistons and cylinders are of special metals lapped to a dead fit and the valve faces are accurately ground to give perfectly steam tight joints. The result is that Bowman Models are real models and develop such unusual power that they are sold as "double power" engines, a designation which carries a guarantee that they are double the power of any other engines in the world of equal price. They are not toys in any sense of the word but "real engines in miniature.

The following 55 files are in this category, out of 55 total.