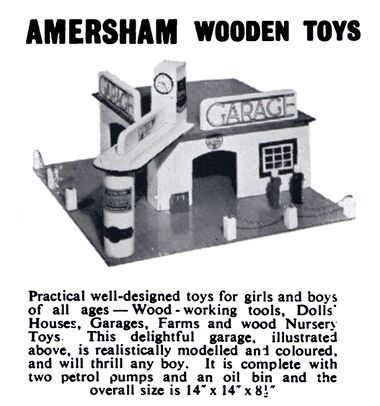 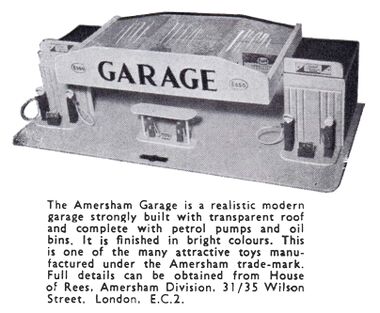 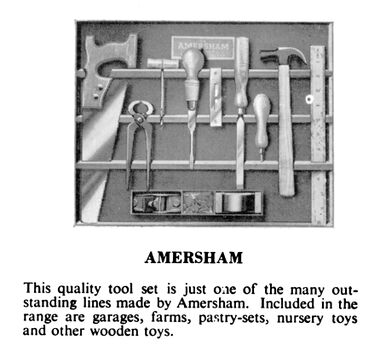 The Amersham brandname was used by Eisenmann and Rees for a range of toys - initially wooden and metal but later also plastic - made at their Amersham Works factory, in Amersham, in the Chiltern Hills area, in Buckinghamshire, to the North-East of London. The Amersham works also for a while took over Eisenmann's and Rees' production of soft toys, notably the Chiltern brand bears and Hugmee bears.

While the factory(ies) also produced dolls, bears and other plush toys, and large wheeled toys, the Amersham name seems to have been reserved for wooden dollhouses and toy garages, and a range of metal solid-fuel toy cookers.

Establishing an exact timeline for the factories is difficult, as Eisenmann and Rees tended to use the address of their London offices rather than the address(es) at which the products were actually manufactured.

The business and works were taken over by Dunbee Combex in the 1960s, which was then in turn absorbed into Chad Valley.