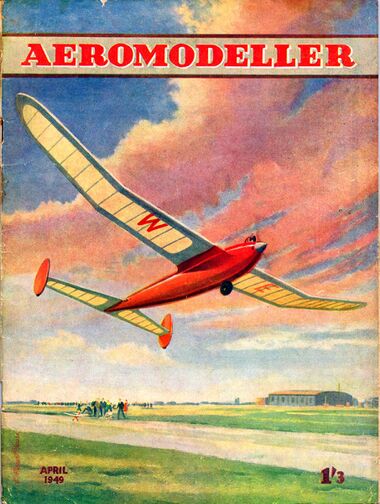 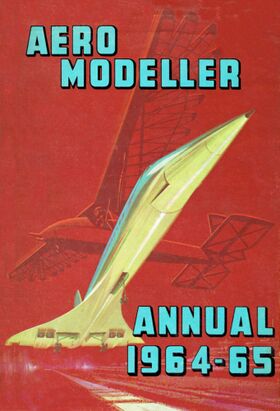 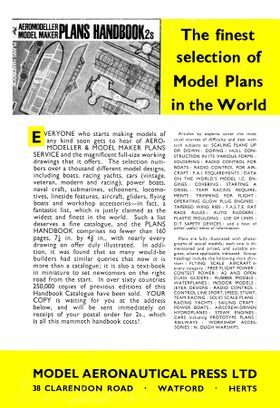 "Aeromodeller" magazine (1935-2001, initially published by Model Aeronautical Press Ltd.) started in November 1935, and progressively enlarged over the years, taking in and incorporating rivals Model Aeroplane Constructor and Model Aircraft in the 1960s.

The magazine was well-respected for its inclusion of full aircraft plans, and for its colour cover artwork, which went a long way to offset the black-and white interior of the magazine ... however sales dropped off after the 1980s as new magazine production technology encouraged the appearance of new rival magazines whose formats were more optimised for the use of colour photography, and the magazine's last independent issue in the 1935-2001 run was February 2001.

"Aero-Modeller" and "Model Maker" also offered a "plans service" that let customers order plans directly, which was especially useful if one wanted to build or study a set of plans from an issue that one had missed. However, with the size of the total list, it became worth selling a catalogue for the various plans, and this then got turned into a publication in its own right. 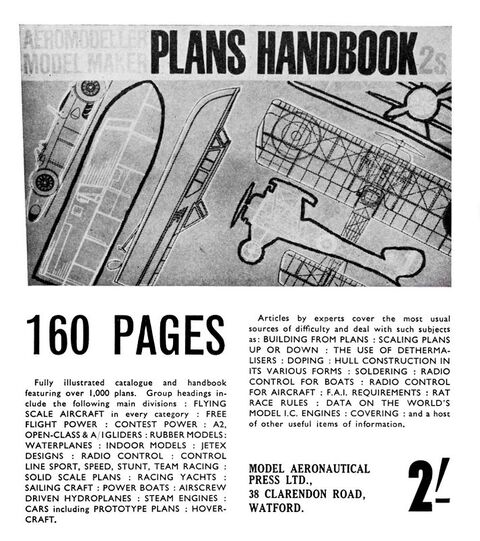 " Everyone who starts making models of any kind soon gets to hear of AERO-MODELLER & MODEL MAKERS PLANS SERVICE and the magnificent full-size working drawings that it offers. The selection numbers over a thousand different model designs, including boats, racing yachts, cars (vintage, veteran, modern and racing), power boats, naval craft, submarines, schooners, locomotives, lineside features, aircraft, gliders, flying boats and workshop accessories – in fact, a fantastic list, which is justly claimed as the widest and finest in the world.
Such a list deserves a fine catalogue, and the PLANS HANDBOOK comprises no fewer than 160 pages, 7 ¼ in. by 4 ¾ in., with nearly every drawing on offer fully illustrated. In addition, it was found that so many would-be builders had similar queries that now it is more than a catalogue; it is also a text-book in miniature to set newcomers on the right road from the start.
In over sixty countries 250,000 copies of previous editions of this Handbook Catalogue have been sold. YOUR COPY is waiting for you at the address below, and will be sent immediately on receipt of your postal order for 2s., which is all this mammoth handbook costs! "