Ayanna Witter-Johnson is a unique proposition, and something of a step away from our usual folk club situation. A remarkable singer-songwriter and cellist, Ayanna combines jazz, classical, soul and alternative R&B to create something unmatched anywhere on the scene today. Time Out says that “Ayanna Witter-Johnson has to be heard to be believed. Her self-assured style blends a honey-sweet vocal delivery with bewitching cello-playing.”

Kitty Macfarlane is one of the brightest new voices in British folk music. Her remarkable debut album, Namer of Clouds, came out in the autumn of 2018 to immediate acclaim. It’s easy to see why: with a crystalline voice and an unmatched sense of time and place in her lyrics, Namer of Clouds is evocative, addictive listening. Kitty captures a world that clearly fascinates her, and does so through songs that will soon take their own place in the folk canon.

This is a chance to catch Kitty in a unique venue, playing her music to an intimate audience of fans, vintage stuffed toys and model trains!

Support comes from Robin Elliott, a tremendous and exciting singer-songwriter in his own right. Robin’s music is as bold as it is innovative, his writing full of dry wit and stunning ideas.

John Kirkpatrick remains one of the most beloved and important figures on the British traditional folk scene. His career has seen over a dozen acclaimed solo records, as well as countless more collaborations and band releases. He has worked with everyone, from Martin Carthy to Richard Thompson, by way of Steeleye Span – but ultimately it is his own brilliant musicianship that remains central to everything.

This is a chance to catch John in a unique space, bringing his music to an intimate audience of fans, vintage stuffed toys and model trains!

Support will come from singer/songwriter Kirsty Merryn, who combines ideas from the folk and storytelling traditions with her own tremendous song writing for an unmissable live experience. 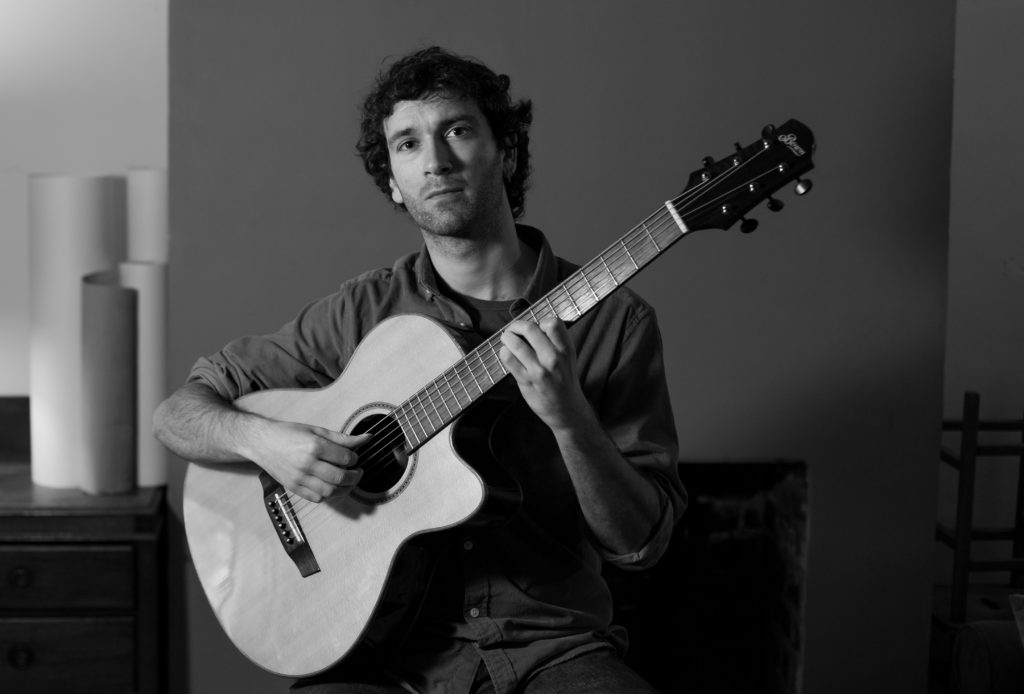 Ewan McLennan has, in a short space of time, come to be known as a guitarist at the forefront of his generation; a singer and a songwriter that can move audiences with his passion and pathos. The songs he sings and writes are rooted in traditional songs and the tradition of folk music as social commentary. Here’s a rare opportunity to watch Ewan McLennan in a venue like no other.

Support comes from Bird in the Belly. A new folk collective from Brighton, Bird in the Belly recently released their debut album ‘The Crowing‘, upon which they breathed new life into folk songs that had rarely (or never) been recorded before. They’re a brilliant live act, and round off an unmissable line-up.

“In many ways Ewan McLennan is the perfect embodiment of modern folk song. An outstanding guitarist, a magnificent interpreter of traditional song and an immensely gifted songwriter.” (Spiral Earth)

Tickets availble from We Got Tickets: http://www.wegottickets.com/event/439514 Here’s a rare opportunity to watch Jess Morgan in a venue like no other. Support is yet to be announced but, as ever, it’ll be something special in its own right.

“A songwriter who lives her craft truer than many of her contemporaries.” (The Skinny)